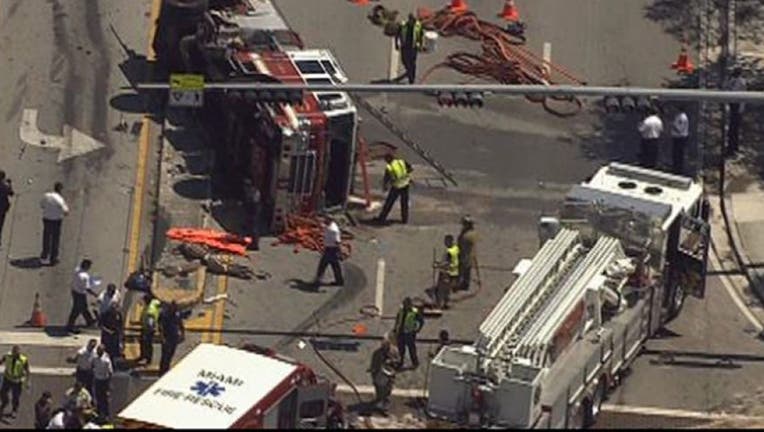 MIAMI - At least a dozen people were injured Tuesday after a fire truck and an ambulance collided in a Miami intersection, FOX affiliate WSVN reported.

Three firefighters and two patients inside the ambulance were admitted to the hospital's trauma center as a precaution.

None of the injuries was considered life-threatening.