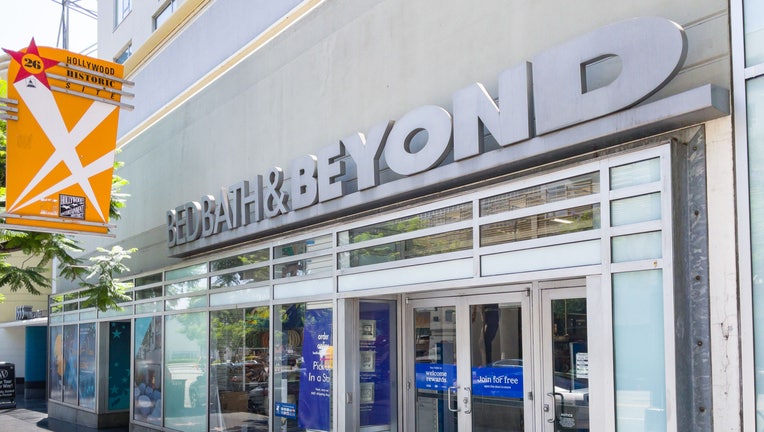 A general view of Bed Bath & Beyond store on August 18, 2022 in Hollywood, California. (Photo by AaronP/Bauer-Griffin/GC Images)

The newest meme stock on Wall Street, Bed Bath & Beyond, tumbled even further in after-hours trading Thursday after a high-profile activist investor confirmed that he’s bailed out of the stock.

Ryan Cohen, the co-founder of Chewy who helped ignite a couple of meme stocks to jaw-dropping heights, confirmed in a filing with U.S. regulators that he no longer owns any shares or options related to Bed Bath & Beyond’s stock.

The move disappointed hordes of smaller-pocketed and novice investors, who had piled into the stock amid hopes Cohen could turn around the company’s struggling finances, or at least send its stock on a moonshot like GameStop’s early last year.

Bed Bath & Beyond’s stock dropped 42% in after-hours trading, after it had already sank nearly 20% during the regular session to close at $18.55. The steep drop follows a monstrous run from $5.77 at the start of the month to $23.08 on Tuesday, which Wall Street analysts saw as irrational.

Bloomberg reports that vendors have halted shipments to stores over unpaid bills.

Investors on Reddit’s WallStreetBets forum, a hub of discussion for the stock, were trying to gauge their next steps in what one commenter called "BLOOD BATH AND BEYOND."

"How many times are ‘meme traders’ going to keep mindlessly gambling on false prophets instead of actually learning how to invest and trade?" one commenter wrote.

Despite all the furor, Bed Bath & Beyond continues to lose money as it struggles to navigate the post-pandemic retail landscape.

Bed Bath & Beyond fired CEO Mark Tritton in June after the company based in Union, New Jersey, reported a 25% drop-off in sales in its most recent quarter, which followed a 22% sales decline the previous quarter. Tritton, who as CEO of Target revitalized that retailer by introducing a bevy of new brands, laid out a similar plan for Bed Bath & Beyond in 2021, but with less success.