Behind the scenes: Checking luggage at Sky Harbor

PHOENIX - On average, 60,000 people fly out of Phoenix Sky Harbor airport every day, and the majority of those check a bag to their final destination. So what really happens after you leave your bag with the airline?

It's a convenience offered by airlines, but once you drop your bag off at check-in, where does it go? There is a maze of over 8 miles of conveyor belt that sits below the terminals.

"It's an intricate series of conveyor belts that takes the checked bags through the airport screening process," said Lorie Dankers, a spokesperson for the Transportation Security Administration. 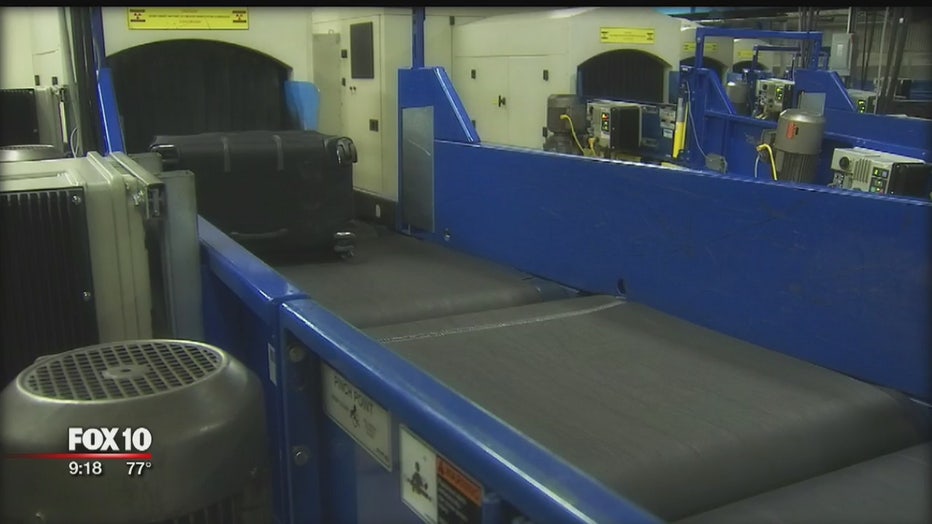 FOX 10 got a behind the scenes tour of how it all works with TSA.

"We are screening all checked baggage for explosives or any type of explosive component that could cause a catastrophic event on an aircraft," said Dankers.

Every checked bag goes through an explosive detection system. There are 29 at Sky Harbor.

From there, bags can travel three possible routes. If the machine doesn't detect anything suspicious, it's sent right to the plane. But if the machine can't decipher what an object is, a 3-D image is sent to a TSA agent in another part of the airport. From there, the agent can take a look and either figure out what the object is and send the bag on its way or they can have another agent do a physical inspection of the bag.

Nationally, only about five percent of bags that are checked are actually physically opened by a TSA agent.

At the airport's busiest times, TSA can scan more than 30,000 bags in a day. Each machine can check upwards of 600 bags in an hour, getting your bag from one point to the next all while keeping the flying public safe.

Nationwide, TSA screens an average of 1.4 million bags a day at more than 400 airports across the country.