NOGALES, Ariz. - Border officials in Arizona seized more fentanyl being smuggled into the U.S. amid a flood of lethal drugs pouring across the southern border.

Customs and Border Protection officers at the Nogales Port of Entry seized 102,000 fentanyl pills and 14 pounds of fentanyl powder at a port of entry in Arizona Monday, according to reports from the port director.

The fentanyl pills, with .31 pounds of cocaine, were hidden in a large ice chest, according to Port Director Michael Humphries. 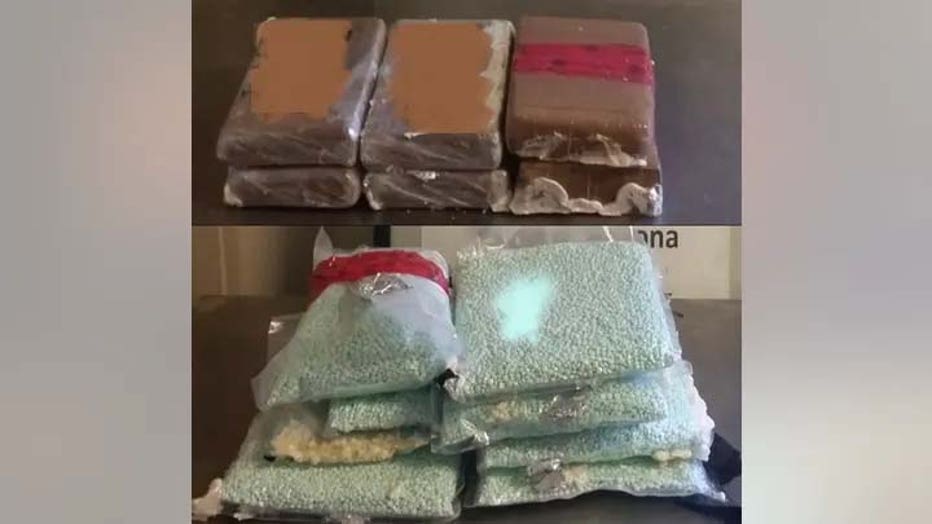 Fentanyl, a powerful opioid up to 50 times stronger than heroin, was responsible for 71,238 of the record 107,000 fatal drug overdoses in the United States last year, according to the Centers for Disease Control and Prevention.

"Space was created by removing the foam insulation in the walls of the ice chest and replacing it with the fentanyl packages," Humphries explained.

Fentanyl is brought across the southern border primarily by two drug trafficking organizations — the Sinaloa Cartel and the Jalisco New Generation Cartel, according to authorities.

In April 2022, the U.S. Drug Enforcement Administration announced a nationwide spike in fentanyl-related mass-overdose events, and fentanyl has become a key focus of the 2022 midterm elections as a community and a southern border issue.

Humphries' officers seized more than 200,000 fentanyl pills hidden in a secret compartment of a vehicle on Saturday.

Around 47,000 of those pills were rainbow-colored. Federal officials have warned the coloring is a new trend meant to drive young people to the deadly drug.