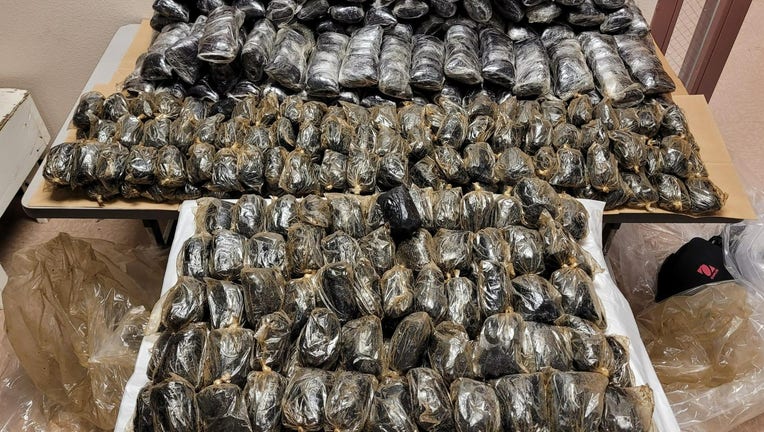 The seizure happened in the border patrol's Tucson, Arizona Sector near Gila Bend when agents conducted a vehicle stop on a white Chevy Equinox and observed several duffel bags in the car, according to a press release. Agents also noticed that the female driver was "noticeably nervous as she was questioned." Another female was in the car, and both are U.S. citizens, according to officials.

CBP agents then searched the vehicle with her consent and found three bags that contained packages wrapped in black tape, in addition to being coated in axle grease, according to the government agency.

It was later determined that the 340 packages of fentanyl pills weighed a total of 187 pounds and were estimated to have been worth $4.3 million.

There was enough fentanyl pills to potentially kill 42,410,900 people, according to the United States Drug Enforcement Administration.

The female driver of the car will face prosecution for drug charges and the case was handed to the Maricopa County Sheriff’s Office, the press release said.

Maricopa County Sheriff Paul Penzone said that the efforts of CBP agents to keep drugs off the streets are life saving.

"I am grateful for the incredible work by Border Patrol agents to keep drugs off our streets," said Sheriff Paul Penzone. "Their efforts will save lives and promote safety."

Nogales Port of Entry Director Michael Humphries tweeted on Wednesday that border patrol agents found 14,000 fentanyl pills that were stuffed into a pair of crutches that were being used by a pedestrian.

"CBP Officers at the Nogales POE discovered approx 14,000 fentanyl pills hidden in crutches being used by a pedestrian. During inspection, a CBP Officer found the crutches to be excessively heavy. K9 and X-Ray examination confirmed suspicions," Humphries tweeted. 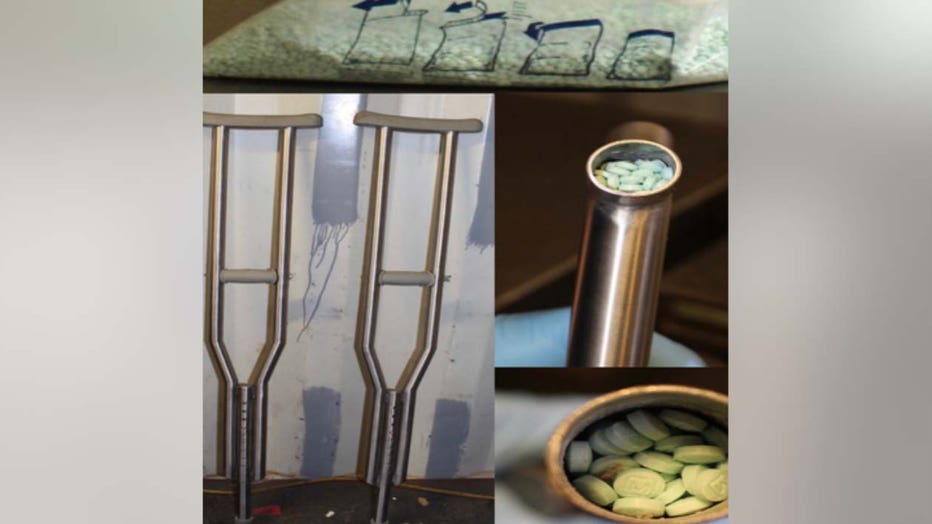