Vallow's defense team is arguing that the court has violated her right to a speedy trial. Vallow, who has been in jail for nearly three years, was arrested in connection with the deaths of her two children, JJ Vallow and Tylee Ryan.

Vallow's defense team is arguing that the court has violated her right to a speedy trial.

Police found the remains of 17-year-old Tylee Ryan and her brother, 7-year-old Joshua "JJ" Vallow, on June 9 after months of searching. They hadn’t been seen since September 2019, and investigators said the children’s mother Lori Vallow Daybell and her husband Chad both lied to police about their whereabouts.

Lori and her husband, Chad Daybell, allegedly killed the two children, 7-year-old J.J. and 17-year-old Tylee Ryan, around September 2019, as well as Daybell's ex-wife, Tammy Daybell, in October 2019. Vallow was also indicted in the July 2019 murder of her ex-husband, Charles Vallow.

An Idaho judge has denied alleged "cult mom" Lori Vallow's request for a joint, 30-minute "strategy session" with her husband, Chad Daybell, ahead of their April murder trial.

Lori Vallow, the mother charged with conspiring to kill her two children and her new husband’s late wife, says she has an alibi, and that the kids were killed while they were at her late brother’s apartment.

FOX 10 Investigative Reporter Justin Lum breaks down where the case is at and speaks to Kay and Larry Woodcock, the grandparents of one of the victims, JJ Vallow. A clinical and forensic psychologist who teaches at ASU also weighs in on the topic of competency. 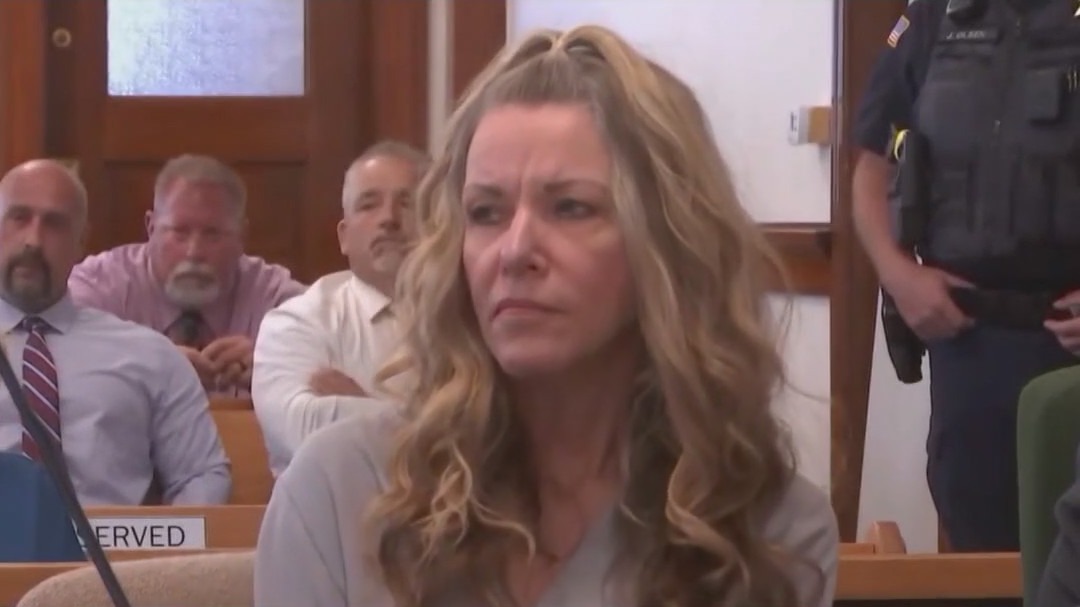 A judge in Idaho has set the date of a competency evaluation hearing for a woman who, along with her current husband, are accused of killing JJ Vallow and Tylee Ryan.

After a judge in Idaho found that Lori Vallow fit to proceed with a trial involving the deaths of three people, including her two children, prosecutors have filed a notice of intent to seek the death penalty for her. Here's what you need to know about the complex series of incidents involving Lori Vallow and others.

Melani Pawlowski -- the niece of Lori Vallow, the so-called "Doomsday Mom" accused of killing her two children, has been dismissed of her own criminal charge.

From Sept. 18-24, our top stories included the shocking discovery of a body inside a container made by a bicyclist in Phoenix, and actor Rob Schneider surprised customers by serving up chicken fingers at a Valley fast-food restaurant to promote his movie, which was shot in Arizona.

An Idaho judge has banned cameras from the courtroom in the high-profile triple murder case against Lori Vallow and Chad Daybell.

Sexual misconduct-related charges against the only living son of Lori Vallow, the Arizona mother accused of killing her kids, have been dropped by the Maricopa County Attorney's Office.

The case involving Vallow, which first began as the disappearances of her two children with Phoenix area ties - Joshua "JJ" Vallow and Tylee Ryan - has since uncovered a complex sequence of events that have garnered national and international media attention.

Initially, a coroner determined the cause of her death to be natural. Chad Daybell is accused of murdering Tammy and is also charged with murder in the deaths of 7-year-old JJ Vallow and 16-year-old Tylee Ryan, the children of his current wife and co-defendant Lori Vallow.

Chad Daybell and Lori Vallow appeared in Idaho courtrooms for hearings in the deaths of Vallow's children. We have what happened.

The newest mugshot has been released of Lori Vallow after her return to an Idaho jail.

Lori Vallow is officially deemed competent and fit for trial. On this Vlogcast episode of Fox 10 Investigates: The Lori Vallow-Chad Daybell case, investigative reporter Justin Lum breaks down what's next with reaction from the grandparents of JJ Vallow and Nate Eaton of East Idaho News. Comment below on what you expect to see with Vallow's arraignment, how she will plead, and please subscribe to the channel for updates.

JJ Vallow's grandparents Kay and Larry Woodcock speak to Fox 10 investigative reporter Justin Lum after learning Lori Vallow's competency is restored and she is fit for trial. The mother of JJ Vallow and Tylee Ryan will be arraigned on April 19, 2022 in Fremont County Court on charges of murder in connection to the deaths of her children and Tammy Daybell.

Chad Daybell is at the center of a complex case involving the death of his first wife, as well as the deaths of his new wife's two children, in a case that has garnered national and global media attention. In 2021, Gilbert Police recommended attempted murder charges for Daybell and his new wife, Lori Vallow, in connection with the attempted murder of Vallow's niece's ex-husband, but MCAO has decided it will not prosecute Daybell for the alleged attempted murder.