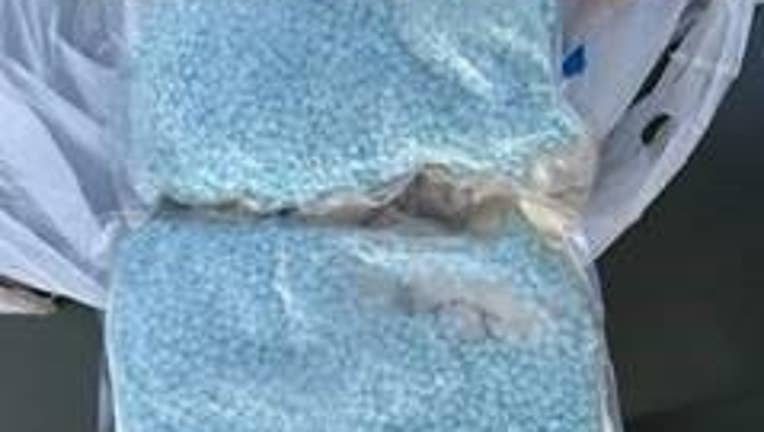 On Nov. 12, two American citizens were arrested in near Yuma, Arizona after agents assigned to the Wellton Station reportedly found the pills under the passenger seat of the car.

They were driving through the I-8 immigration checkpoint when a K-9 officer alerted agents to the drugs.

"While in secondary, a search of the vehicle revealed two plastic bags full of fentanyl pills wrapped in a hospital gown and hidden under the front passenger seat," the agency said.

The two unidentified suspects were arrested. The drugs and car were seized.

"Fentanyl is a synthetic opioid that is 50-100 times more potent than heroin, oxycodone and morphine. Just two to three milligrams of fentanyl can kill a person. The amount of fentanyl found in the vehicle is equal to 578,783 milligrams," the agency said.