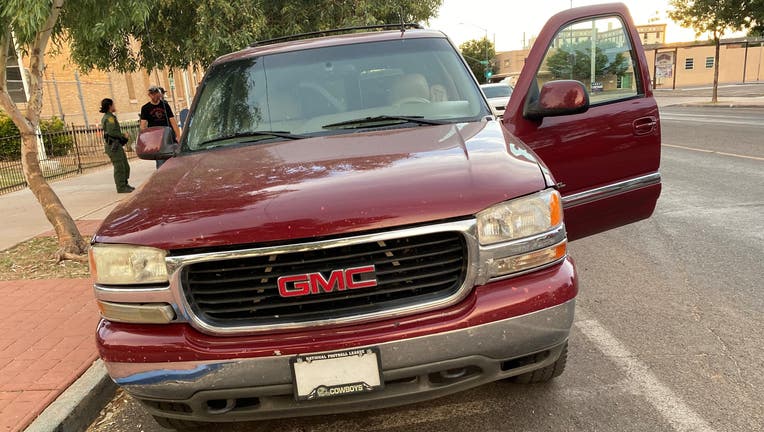 DOUGLAS, Ariz. - U.S. Border Patrol agents said an Arizona man who was transporting a body to a mortuary is facing human smuggling charges after they found six Mexican citizens hidden inside the vehicle.

The man was driving a GMC SUV when he was stopped on July 15 in Douglas for an immigration inspection, the Border Patrol said on July 16.

The man, who wasn’t identified, legally was carrying a human corpse in a body bag as part of his work for a mortuary, the agency said.

"The SUV’s driver, believed to be employed by a southern Arizona mortuary, was presumably transporting the remains while attempting to smuggle illegal border crossers further into the United States," stated CBP's Robert Daniels.

The Mexican citizens were processed and accused of immigration violations, according to the Border Patrol. The driver remained in custody.

The human remains found at the scene were transferred to a local mortuary, according the U.S. Customs and Border Protection.