A neighbor says they never suspected any suspicious activity at the home.

PHOENIX - At least 50 undocumented immigrants have been arrested after Border Patrol agents helped serve a search warrant at two locations in Phoenix, officials said on Sept. 16.

A Border Patrol SWAT team from Tucson was seen near Indian School Road and 27th Avenue executing the search warrant. Helicopter video showed dozens of people being lined up in an alleyway and taken into white buses in the area.

Several dozen people were taken into custody, but it is unknown how many of them were actually undocumented.

Federal officials say human smuggling and drug trafficking may have been going on in the home on 27th Avenue.

FOX 10 has learned that the situation initially started as an investigation with the Drug Enforcement Administration for possible cartel-related activity.

The DEA did not confirm whether drugs were seized from the home.

Neighbors react to the arrests

“I woke up to footsteps on the roof and I looked out the window I saw a crowd of people were trying to jump walls in every direction and were scattering," an unidentified neighbor said of the arrests.

Public records show the home has two bedrooms and is 1,800 square feet.

“Never have I ever seen any suspicious activity. It took me by surprise knowing that 30 something plus people were found at that house," the neighbor said. 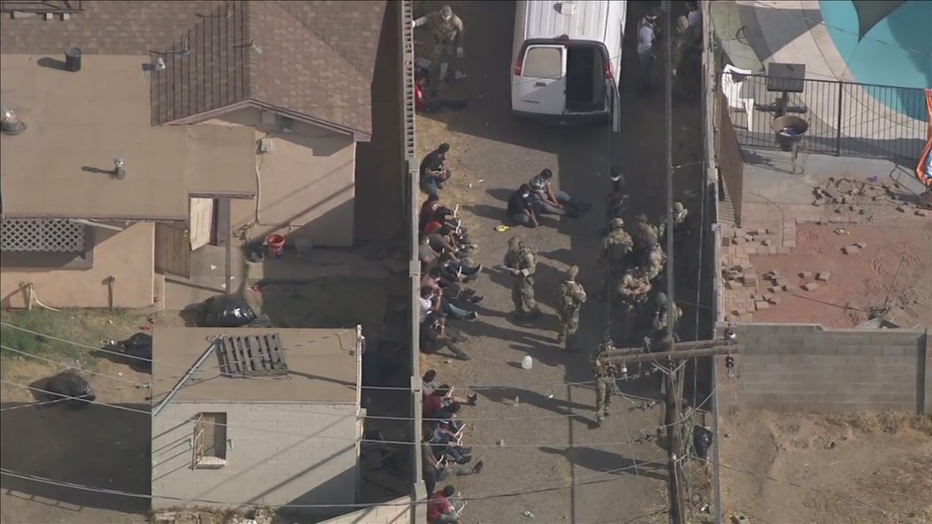