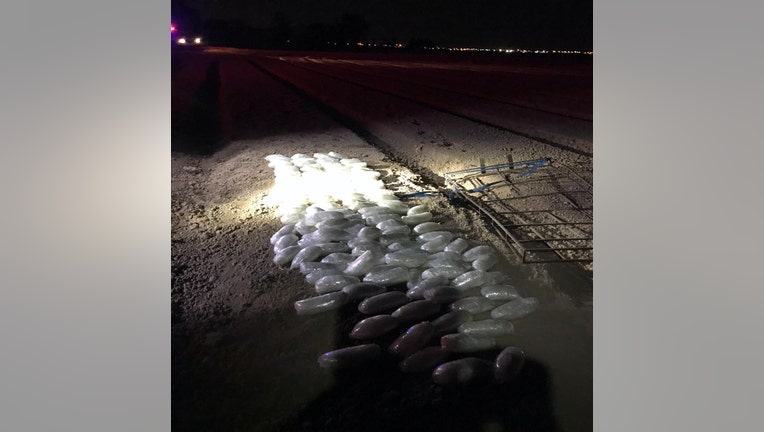 CALEXICO, Calif. - Officials with the U.S. Customs and Border Protection released details on in incident over the weekend where drugs were smuggled into the country by way of an aircraft.

According to a statement released on the morning of August 10, the incident happened in a rural area north of Calexico, California, a city on the U.S.-Mexico border, at around 1:00 a.m. on August 8. At the time, agents saw an ultralight aircraft flying at a low altitude, and when agents arrived in the area, they found a yellow duffle bag and a metal basket on a field.

"Inside the duffle bag, agents discovered multiple packages wrapped in cellophane containing a white crystal-like substance," read a portion of the statement.

Officials say the packages inside the duffle bag tested positive for the characteristics of meth. There were about 151 lbs of meth in the bag, with an estimated street value of $340,312. The drugs were turned over to the Drug Enforcement Administration