Bouncy castles and risk of injury for children

The number of bounce house-related injuries has increased over the past several years, researchers say.

DEVONPORT, Australia - Five children were killed and several others were seriously hurt after falling from an inflatable bouncy castle that was lifted 33 feet into the air by a strong wind at a school in Australia.

The accident was reported at 10 a.m. local time on Thursday at Hillcrest Primary School in Devonport, located on the north coast of Tasmania. The school was holding a celebration to mark the end of the school year.

Officers and emergency services, including two helicopters, raced to the scene within two minutes and began to administer first aid.

"Sadly, four children — two girls and two boys — died and another five suffered critical or serious injuries and are in hospital," Tasmania Police said in an initial statement.

Police later confirmed to the Australian Broadcasting Corporation and other local news outlets that a fifth child died at the hospital.

Tasmania Police Commissioner Darren Hine said the children were in year 6, which would make them 10 or 11 years old.

"On a day where these children were meant to be celebrating their last day at primary school, instead we are all mourning their loss," Hine said during a press conference. "Our hearts are breaking for the families and loved ones, schoolmates and teachers of these young people who were taken too soon."

Images published by the Australian Broadcasting Corporation showed police officers consoling each other as paramedics provided first aid to victims.

Flowers, stuffed teddy bears and other children’s toys were later placed outside the school in a makeshift memorial. 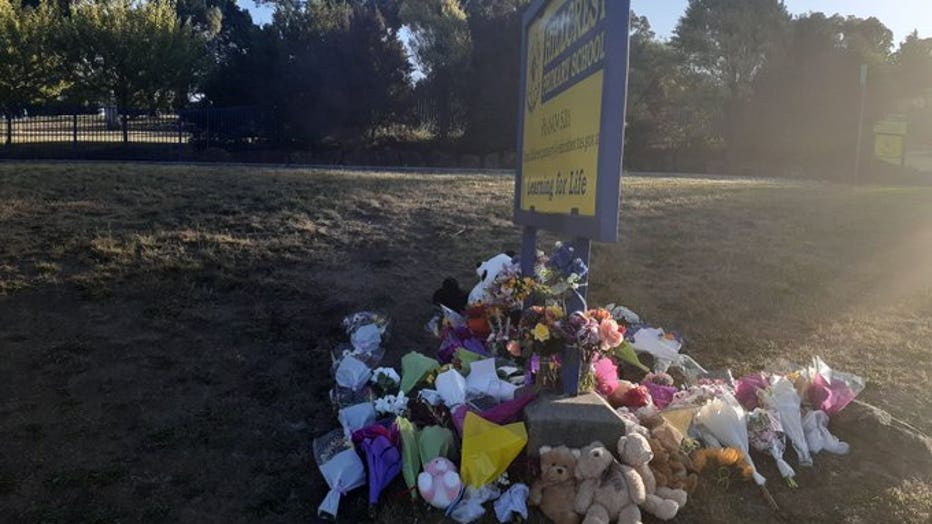 A photo taken by Connor Brady shows toys and flowers laid outside Hillcrest Primary School in Devonport, Tasmania, on Dec. 16, 2021.

Australian Prime Minister Scott Morrison described the incident in a statement as "shattering."

"Young children having a fun day out at school and it all went horribly wrong. I cannot begin to imagine what those families are feeling," Morrison said in part. "I’d also like to extend my thanks and support to the first responders to this deeply distressing event."