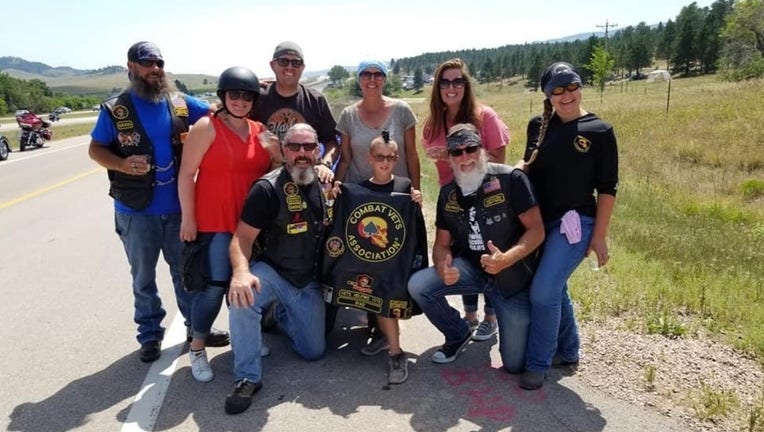 STURGIS, S.D. (FOX 9) - After his lemonade stand gained quite a following during the Sturgis Motorcycle rally, a young boy ended up with more than $30,000 to donate to St. Jude Children's Research Hospital.

According to his mother, 8-year-old Wyatt Dennis raised about $31,394 for the hospital.

Wyatt started the free lemonade stand last year as way to raise some money to buy a Lego set. But on the first day, he not only made enough cash to get his toys, he was able to donate $200 to St. Jude Children's Hospital.

This weekend, hundreds of thousands of motorcyclists are descending on the Black Hills for the annual Sturgis Motorcycle Rally. For many of them, an 8-year-old's lemonade stand has become a popular stop to quench their thirst.