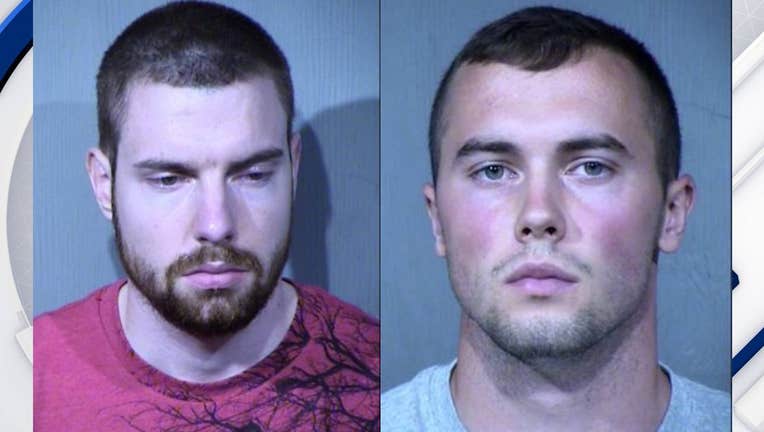 FLAGSTAFF, Ariz. - The brother of a U.S. Air Force airman charged with murder has entered a plea agreement in a separate but related case that would spare him any time behind bars.

Samuel Gooch pleaded guilty on August 25 to a reduced charge of facilitation to commit hindering prosecution, which carries a maximum of two years in prison. Under the agreement with prosecutors, Gooch would receive probation.

Samuel Gooch’s attorney, Joshua Davidson, said he would reserve comment on the case until after the Oct. 5 sentencing.

The prosecution didn’t immediately respond to requests for comment.

Authorities had accused Gooch of flying to Arizona from Wisconsin in early May to pick up what he thought was the rifle used in the shooting of 27-year-old Sasha Krause.

Davidson recently sought to have the indictment against Gooch dismissed or the case sent back to the grand jury because he argued a charge of attempting to hinder prosecution was based on actions in another county. That became moot after Davidson told the court the parties agreed to resolve the case without a trial.

Gooch’s younger brother, Mark Gooch, has pleaded not guilty to murder and other charges in the death of Krause. The 27-year-old woman disappeared from a Mennonite community where she lived near Farmington, New Mexico, and taught Sunday school in mid-January. Her body later was found in the forest outside Flagstaff.

Mark Gooch, who was stationed at Luke Air Force Base in metropolitan Phoenix, is jailed. But he recently asked the court to set bail after the deadline passed for prosecutors to seek the death penalty in his case.

$2M cash-only bond for airman charged with murder in Arizona

Mark Gooch became eligible for bond after the deadline passed for prosecutors to pursue the death penalty in the case. Gooch is facing life in prison if convicted of first-degree murder and other charges in the death of Sasha Krause.

The airman has pleaded not guilty to first-degree murder and other charges in the death of Sasha Krause, a 27-year-old who's body was found north of Flagstaff.

Authorities used cellphone records to track down an airman who they believe shot and killed a Sunday school teacher and left her body off a forest road in northern Arizona.

Brother of suspect in murder of Mennonite woman arrested in Phoenix

Officials with the Coconino County Sheriff's Office say another arrest has been made in connection with the murder of a Mennonite woman whose body was found off a forest road in northern Arizona.

Prosecutors in Arizona have filed murder, kidnapping and theft charges against a U.S. Air Force airman suspected in the death of a Sunday school teacher who had been living in New Mexico.

Man charged in Mennonite woman's death grew up in the faith

A U.S. Air Force airman stationed near Phoenix has pleaded not guilty to murder and other charges. Raised in a Mennonite family in Wisconsin, Mark Gooch joined the military to escape what he told investigators was a difficult, sheltered and restricted life, according to sheriff's records.

An Air Force airman was arrested Tuesday in the death of a Mennonite woman whose body was found off a forest road in northern Arizona two months ago, authorities said.