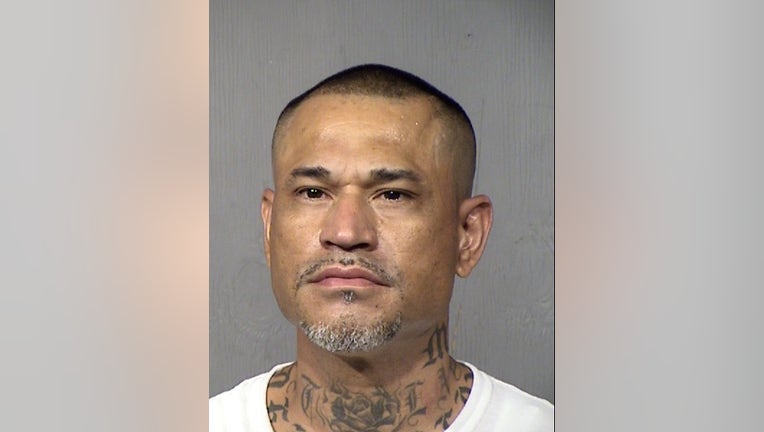 BUCKEYE, Ariz. - A suspect has been arrested in a decade-old killing in Buckeye, police said.

Police said 42-year-old Antonio Padilla was taken into custody on July 22 and booked into a Phoenix jail on suspicion of first-degree murder.

Police began a homicide investigation after finding the remains of Luis Victor Mendoza in an irrigation canal in mid-August 2010.

They said Mendoza had been shot four times with a handgun.

Police interviewed witnesses and identified a potential suspect, but the case went cold.

They recently reopened the investigation with the department’s new Major Crimes Unit and said evidence led to Padilla being identified as the shooter in the Mendoza case.

“This is exactly the kind of outcome I expected when forming this team. I have no doubt there will be a resolve to more unsolved cold cases in the near future,” said Buckeye Police Chief Larry Hall.

Padilla was released from an Arizona prison in February after serving time for a weapons violation and gang activity.

It was unclear if Padilla has a lawyer yet who can speak on his behalf.