Police are investigating in west Phoenix after a couple of cars and a bus collided on the night of Tuesday, Nov. 16.

PHOENIX - Police are investigating after a bus and a work truck collided in west Phoenix on Tuesday, Nov. 16.

The crash happened near 83rd Avenue and I-10.

"The adult female bus driver and one adult bus passenger were transported to a local hospital as a precaution," says Phoenix Police Sgt. Andy Williams. 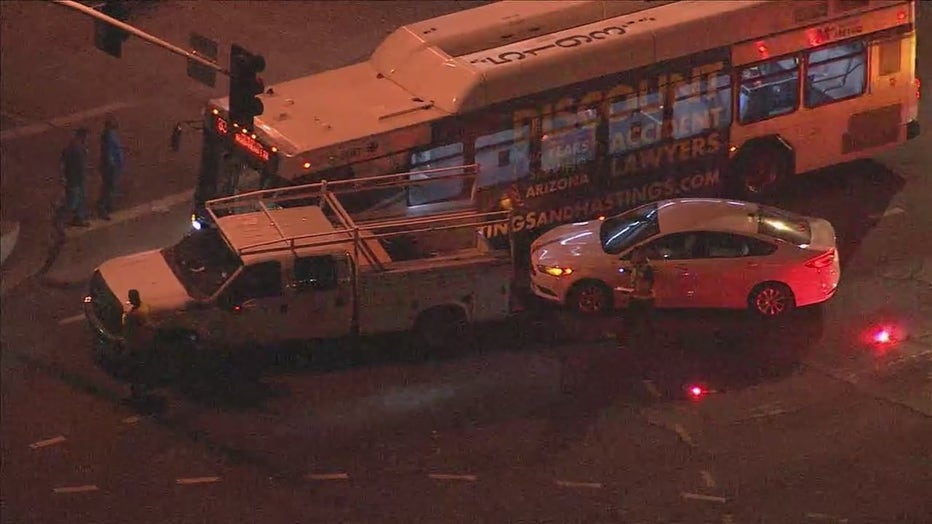