The region of Calabria, which makes up the tip of the boot of Italy, will pay young people $33,000 to move there and start a business in a bid to combat population decline, according to Calabria’s Economic Development Department.

The pilot project aims to revive "inland areas" of southern Italy which are at risk of being extinguished, Gianluca Gallo, regional council to agriculture and economic development, said during a January news conference.

"Encouraging the movement of many citizens and tourists from larger areas means allowing both the rebirth of small villages and the redemption of all those young Calabrians who want to take up a job. It is a social response, but also an entrepreneurial one, for those who want to take risks or live a different life. And it is a response to our small communities that still have a great desire to continue living," Gallo added.

Along with the $33,000 offer, applicants who wish to move to Calabria must commit to living there for a maximum of three years. The money offer isn’t just so new residents can have a good time. Recipients must use the money to open a business in whichever city they land in and only people under the age of 40 can apply.

Applicants who are accepted must move to one of the municipalities located in Calabria within 90 days. 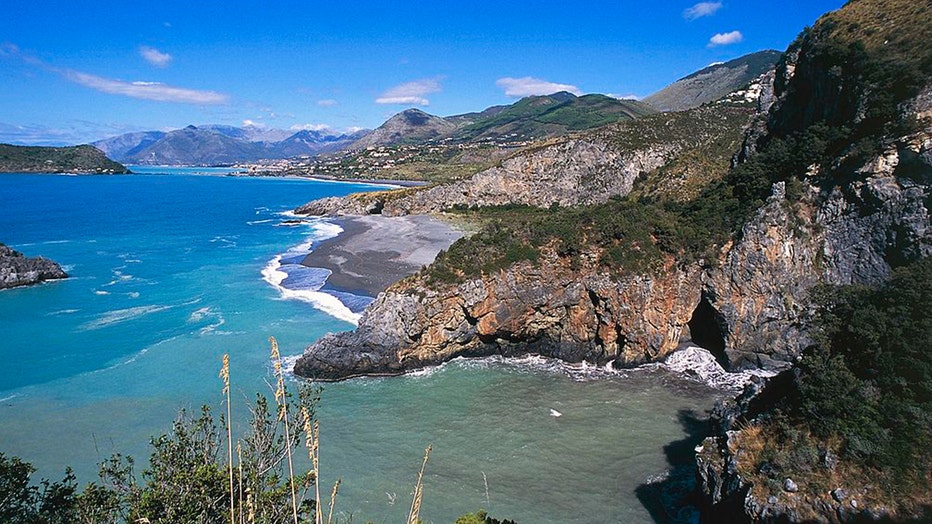 FILE - View of the gulf of Praia a Mare from San Nicola Arcella, Calabria, Italy.

Among the villages that are participating in the initiative are Civita, Samo, Precacore, Aieta, Bova, Caccuri, Albidona, Sant’Agata del Bianco, Santa Severina, and San Donato di Ninea, according to several media reports.

The region of Calabria is not the only place enticing people to take up new residency in Italy.

In Sicily, which is an island located at the tip of the Italian peninsula next to Calabria, homes are selling for $1 in a bid to lure buyers and revive the area.

Castiglione di Sicilia sits on the slopes of Mount Etna in Catania near the isle’s eastern coast, and currently has about 900 abandoned homes for sale starting at 1 euro ($1.21,) The Independent reported. About half the homes – which are in ruin – are going for just over a buck, while the rest (which are in much better shape) are listed at $4,830 and up.

The program launched in March, and the initiative is unique in that the homes are priced at their condition, the mayor said.

"We’ve carried out an in-depth study cataloguing each property based on maps and land registry data," Mayor Antonino Camarda said. All bets are off if there’s a bidding war, however, as a unit will go to auction if there’s high demand.

The only catch? Hopeful homeowners must make any necessary renovations within the next three years. Brave buyers can, however, make the most of local "superbonus" programs that give tax credits for up to 110% of renovation to make properties more eco-friendly.

Italy is not alone in its quest to repopulate dwindling villages. Japan is offering people the chance to buy a house in rural areas for as little as $500.

In some cases, they’re even giving the houses away for free. The only catch? You have to be willing to live in a "ghost house," Architectural Digest reported.

RELATED: Houses in rural Japan are selling for $500

Foreigners aren’t excluded from purchasing "akiya," but the renovation costs as well as various building codes preventing them some from being demolished might dampen the lure for those who aren’t Japanese citizens, according to the Architectural Digest.

Offering cash incentives in an attempt to revive smaller cities is not a new concept. Some states in the U.S. are doing it as well.

At the onset of the COVID-19 pandemic, many Americans resorted to moving out of crowded cities as remote work became the new norm in an attempt to stave off further spread of the deadly virus.

Areas in the U.S. that saw the potential for growth took advantage of the work-from-home opportunity and started offering cash incentives to eligible people who would be willing to move to their small towns in an attempt to boost economic growth.

States such as West Virginia, Vermont and Hawaii offered cash incentives to remote workers and also sweetened deals to entice new residents to take advantage of their new home and explore their surroundings.

RELATED: Oklahoma organization offering $10K if you move to Tulsa for remote work

In West Virginia, not only were workers offered $12,000 to move to the Mountain State, but they would also be paid $10,000 over the course of the first year in a new town. New residents would receive an additional $2,000 for their second year living in the state.

Some of the programs have proven popular. Vermont’s New Worker Relocation Grant Program said in October 2020 that it was "fully subscribed."