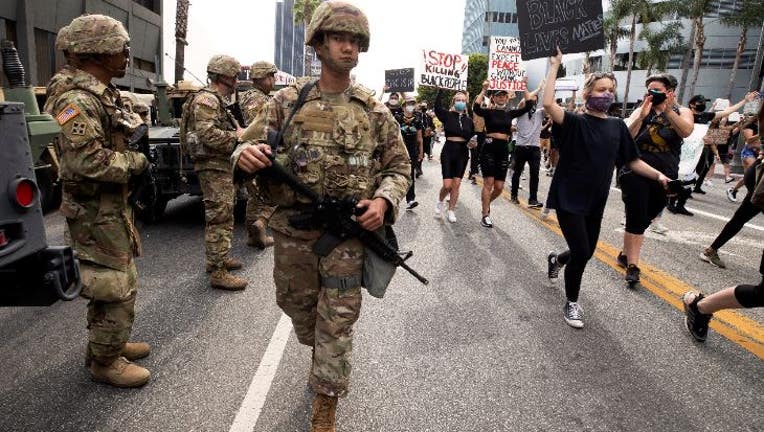 SACRAMENTO, Calif. - Gov. Gavin Newsom on Friday urged mayors and other local authorities to end reliance on the National Guard and curfews to help deal with policing of protests over the death of George Floyd.

“As they recognize the conditions have changed for the positive I would highly encourage them to pull back on those supports,” Newsom said following days of protests.

Some cities and counties have already ended curfews because protests were largely peaceful in recent days following heavy bouts of violence, but others still have the curfews in effect.

“My hope and expectation is that many local elected officials and law enforcement officials will no longer be in need of those state assists, and then we could begin to pull back in an expeditious manner, but a very thoughtful manner,” Newsom said.

National Guard members could be redeployed to provide logistical support for food banks that are helping people affected by the COVID-19 pandemic, he said.

He said he has ordered the state police training program to stop teaching officers how to use a carotid hold on suspects that can block the flow of blood to the brain. Floyd died while in police custody in Minnesota after officers held him on the ground and one placed his knee on his neck. Four officers have been fired and now face criminal charges.

Curfews were imposed for several days in many cities — some as early as 1 p.m. — after a weekend of unrest and looting — blamed mostly on non-protesters. 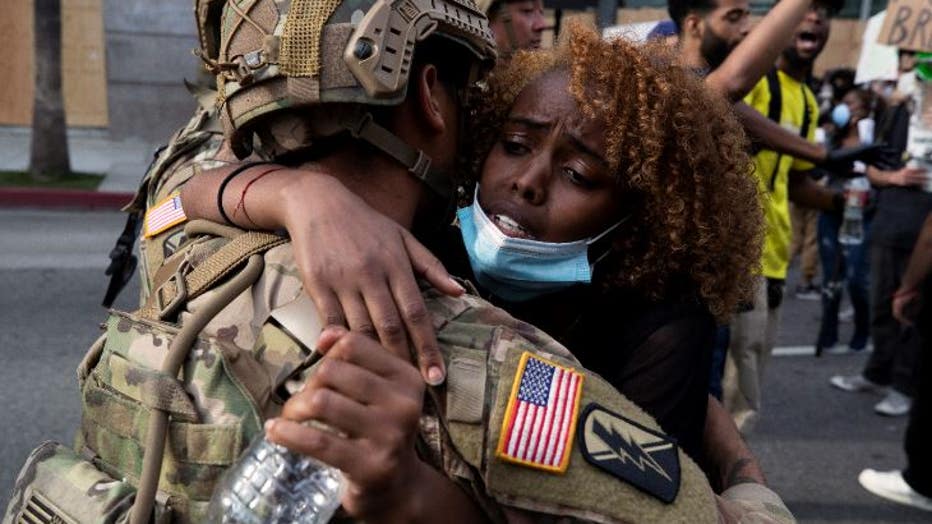 Cities were criticized for taking the rare step to force residents to stay home and then use the order to arrest thousands of peaceful protesters after curfew.

A curfew remained in force in Sacramento. The American Civil Liberties Union of Northern California urged the mayor and City Council to revise or rescind it, saying it suppressed “protected political speech.”

Newsom also called for uniform approaches by police in dealing with demonstrations.

Crowds continued to turn out at demonstrations Friday. A bank of flowers grew on the sidewalk outside the Los Angeles County Hall of Justice after people were asked to bring roses symbolizing people they believe were victims of state violence.

A crowd once again formed outside Los Angeles City Hall while other demonstrators marched in Hollywood.

Surfers held a traditional paddle-out in waters off the Los Angeles County shoreline.