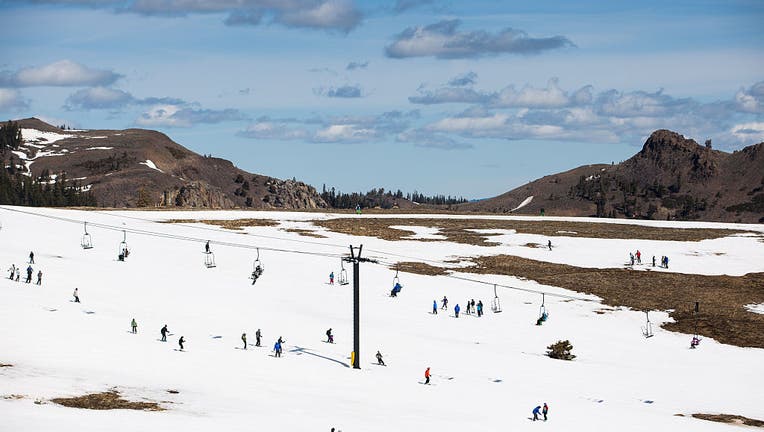 The word “squaw,” derived from the Algonquin language, may have once simply meant “woman,” but over generations, the word morphed into a misogynist and racist term to disparage indigenous women, said Vanessa Esquivido, a professor of American Indian Studies at California State University, Chico.

“That word is an epithet and a slur. It’s been a slur for a very long time,” she said.

When settlers arrived in the 1850s in the area where the Sierra Nevada mountain resort is now located, they first saw only Native American women working in a meadow. The land near Lake Tahoe was believed to have been given the name Squaw Valley by those early settlers.

But now the term is considered derogatory and even the Merriam-Webster dictionary defines the word as an offensive term for a Native American woman.

The possible renaming of Squaw Valley Ski Resort is one of many efforts across the nation to address colonialism and indigenous oppression, including the removal of statues of Christopher Columbus, a symbol to many of European colonization and the death of native people.

On Monday, the National Football League’s Washington Redskins announced the team is dropping the “Redskins” name and Indian head logo.

Regional California tribes have asked for the name of Squaw Valley Ski Resort — which received international name recognition when it hosted the 1960 Winter Olympics — to be changed numerous times over the years, with little success.

But the idea is gaining momentum.

Squaw Valley President & CEO Ron Cohen said the resort is currently taking inventory of all the places where the name appears on and off the property, how much it would cost to change and what to prioritize if the change moves ahead.

Removing “squaw” from the resort name would be a lengthy and expensive process, Cohen said, as the name appears on hundreds of signs and is imprinted on everything from uniforms to vehicles.

Cohen, who took over as head of the resort two years ago, said the operators are also meeting with shareholders, including business and homeowners within the resort, as well as the local Washoe tribal leadership to get their input.

Cohen said he could not give a timeline on when a decision could be made.

He’s in favor of the name change and suggested “Olympic Valley” as a replacement.