The man, identified as Derek Cevedia, is under arrest after he reportedly hit police patrol vehicles and led officers on a chase that ended in another crash. FOX 10's Nicole Garcia reports.

CHANDLER, Ariz. - A man was arrested in Chandler after a police chase ended in a crash on Tuesday night, officials said.

Police said the incident began when officers found Derek Cevedia passed out behind the wheel of his truck in a parking lot near Dobson Road and Chandler Boulevard.

According to court documents, officers observed evidence of drug use and when they tried waking up Cevedia, he stepped on the gas and hit police cars.

"The 3 officers had to take evasive action with one jumping over a small retention wall, one drawing his duty weapon and one quickly running out of the way in fear of being struck by the vehicle," read a portion of the court documents.

Devin Marshall, who stopped at a Chandler intersection, captured video of parts of the pursuit.

"I just see a truck fly through the red light," said Marshall. "I see one lone cop a couple cars behind him, and so I was curious. More cops came, so I followed."

Cevedia headed west on Chandler Boulevard towards Kyrene Road before turning south onto the eastbound Loop 202.

According to police and witnesses, Cevedia ran several red lights, reached speeds from 80 mph to 100 mph through city streets and onto the highway.

"[Chandler Police] was on him for the majority of the pursuit, even on the highway," said Marshall. "It was mainly Chandler PD, and I did see state troopers as well."

Cevedia then hit another police car before exiting the freeway in the wrong direction on an off-ramp.

A police helicopter joined the pursuit of Cevedia as he "continued to speed recklessly through the roadways striking curbs and causing sparks to come from the vehicle."

Cevedia then reportedly ran a red light near Price and Warner Roads, hitting two other cars. Cevedia ran from the truck but was taken into custody.

Two people were hospitalized in stable condition, with one of them suffering a broken pelvis. Cevedia suffered non-life-threatening injuries. No officers were hurt.

"Cevedia claimed to not remember anything other than being asleep in the parking lot where he advised he did use meth and fentanyl," court documents read.

Cevedia was booked into jail and is accused of multiple charges, including endangerment, aggravated assault and unlawful flight. He was also found to have two outstanding warrants.

Traffic was restricted at Price and Warner for the investigation, and the roads reopened a few hours later. 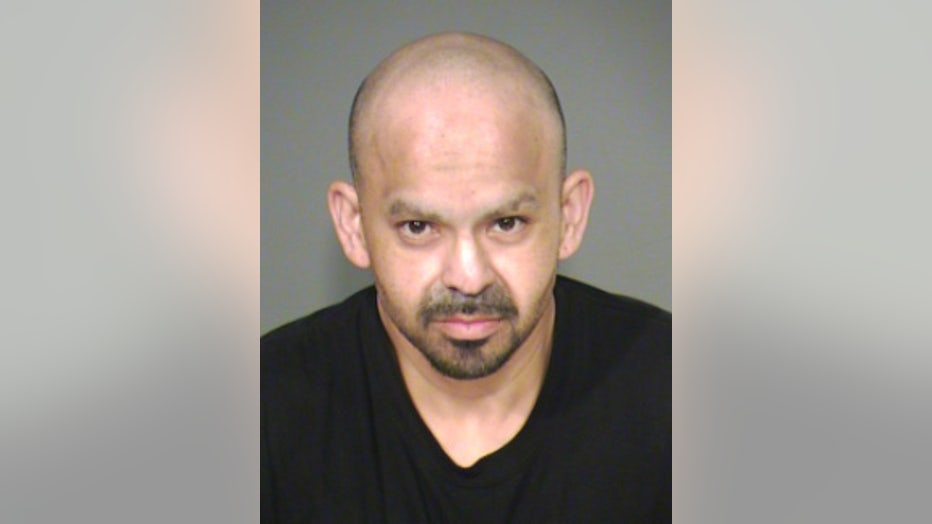 Within the span of a month, Arizona would have executed two people who have been on death row for decades. Here's what you should know about the upcoming executions.

Body found in barrel at Lake Mead was of man who was shot, police say

Police said shoes worn by the victim were manufactured in the middle and late 1970s, indicating that the killing likely occurred between the middle 1970s and early 1980s, the Las Vegas Review-Journal reported. 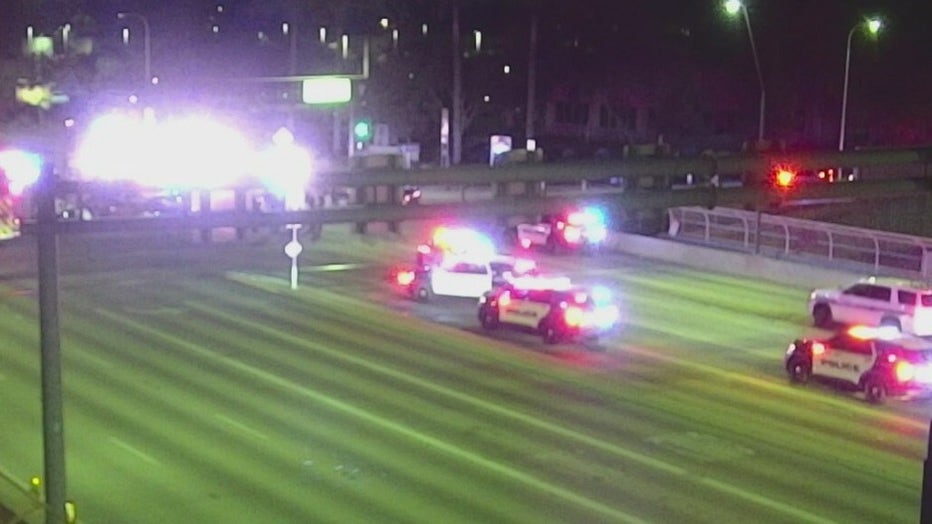 Scene of a police investigation in Chandler, near Loop 101 and Warner Road.