A local realtor is outraged after the man who was caught on video assaulting and groping her during an open house has all his charges dropped.

ENCINO, Calif. - After being ruled mentally incompetent, all charges have been dropped against a man after he was caught on video allegedly assaulting and groping a local realtor during her open house last fall.

On September 25, 2019, LAPD arrested Alen Karaboghosian and charged him with felony assault with intent to commit rape in connection to the sexual assault of that realtor, and four counts of misdemeanor sexual battery in connection with the alleged assaults of four other women.

The realtor, who asked FOX 11 for anonymity, said she recently got a call from the District Attorney’s office notifying her that all charges against Karaboghosian were being dropped.

RELATED: Suspect arrested after being caught on camera attacking realtor in Encino

“He just told me that the judge felt this person was incompetent to be on trial and he dropped all the charges,” she said.

“I went crazy because I feel justice was not served. I’m very scared, and I’m very upset. They’re supposed to protect innocents and get criminals off the street and lock them up, but they did the opposite, the innocent is locked in, and the criminal is outside enjoying his life."

The DA’s office says the prosecutor expressed concern about public safety before the judge dismissed all charges.

“The prosecutor expressed concern about public safety before a judge dismissed the case based on the findings in mental health court that the defendant was not likely to be restored to competence,” a statement from the DA’s office read.

Karaboghosian is now being monitored, they say if he presents a danger he could then be placed in mandatory supervision, including a locked facility.

“The defendant was previously found incompetent and ordered to treatment. On July 14, in Department 103 of the Mental Health Division of the Superior Court, the court found that there is no substantial likelihood that the defendant will be restored to competency by the maximum commitment date. The court terminated competency proceedings. The case was sent back to the originating court, Department 120 in Van Nuys, on July 21 and the judge dismissed the case in accordance with the findings of the mental health division.” 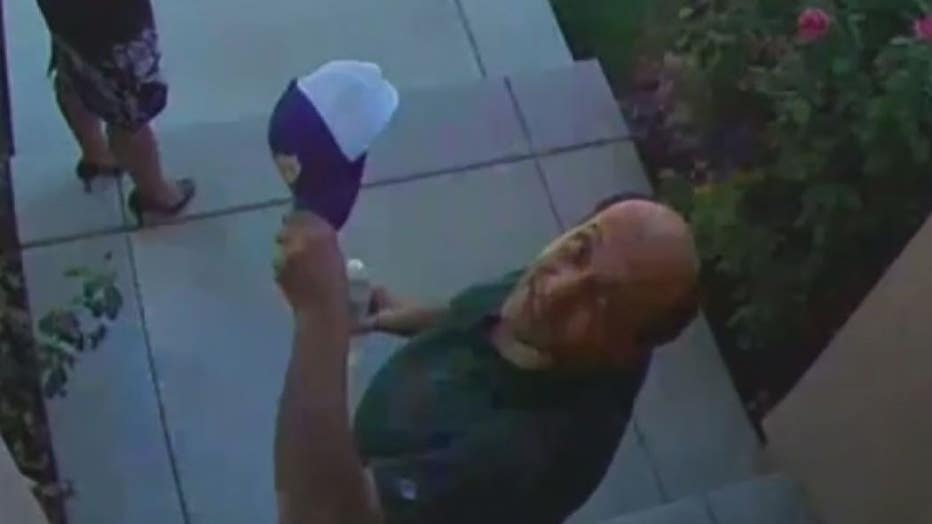 “He’s not incompetent, there’s no way,” the realtor said. She believes her attacker was competent enough to try to draw her into a different room of the house, and keep looking at the security system to see if he was on video.

“He knew exactly what he was doing, for someone to be incompetent and say give me water to drag me inside the house, or let me show you the closet door, or can I use the bathroom and things like that,” she said.

“What are they waiting for? Until he kills someone?”

Records show he is not in jail in Los Angeles County.