More than 40 cases have been confirmed in other places with virtually all of them involving Chinese tourists or people who visited Wuhan recently.

WUHAN, China - China has confirmed more than 2,700 cases of a new virus, with 81 deaths. Most have been in the central city of Wuhan where the illness first surfaced last month.

More than 40 cases have been confirmed in other places with virtually all of them involving Chinese tourists or people who visited Wuhan recently. 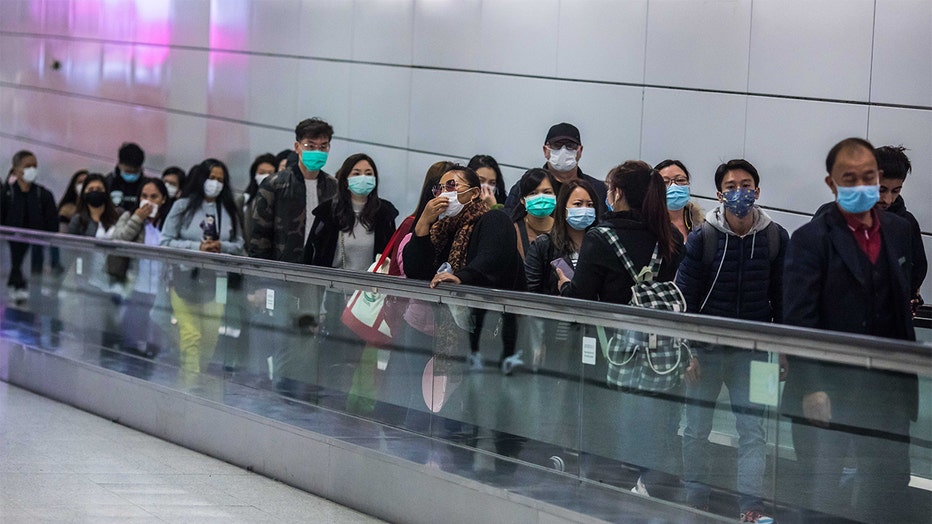 People wearing facemasks ride a travelator inside a train station on the second day of the Lunar New Year of the Rat in Hong Kong on January 26, 2020, as a preventative measure following a coronavirus outbreak which began in the Chinese city of Wuhan

Some details on cases confirmed as of midday Monday Beijing time:

— China: 2,744 cases on the mainland, with 769 of those newly confirmed in the 24 hours through midnight Sunday. In addition, Hong Kong has eight cases and Macao has five. Nearly all of the 81 deaths have been in central Hubei province, with five elsewhere in China.

— United States: 5, 2 in southern California and 1 each in Washington state, Chicago, and Arizona.