Rigorous contact tracing in China enabled officials to pinpoint a jogger as patient zero after dozens of people at the same outdoor park became infected with an identical version of the COVID-19 virus.

Health officials from China’s Centers for Disease Control and Prevention identified a 41-year-old male out of Chongqing Municipality, located in central China, as patient zero, according to a weekly report from the department. The unidentified male was infected with the BA.2.76 omicron subvariant of COVID-19.

Approximately 2,836 people were potentially exposed to patient zero after he went jogging in a local park, 39 of whom tested positive for the virus. Of the 39 who tested positive, only one person reported wearing a mask.

"This outbreak indicated that the Omicron subvariant BA.2.76 could be easily transmitted to others outdoors if they are not equipped with effective protection equipment. The public should be encouraged to use good protection measures and retain safe distances amongst others both indoors and outdoors," the report stated. 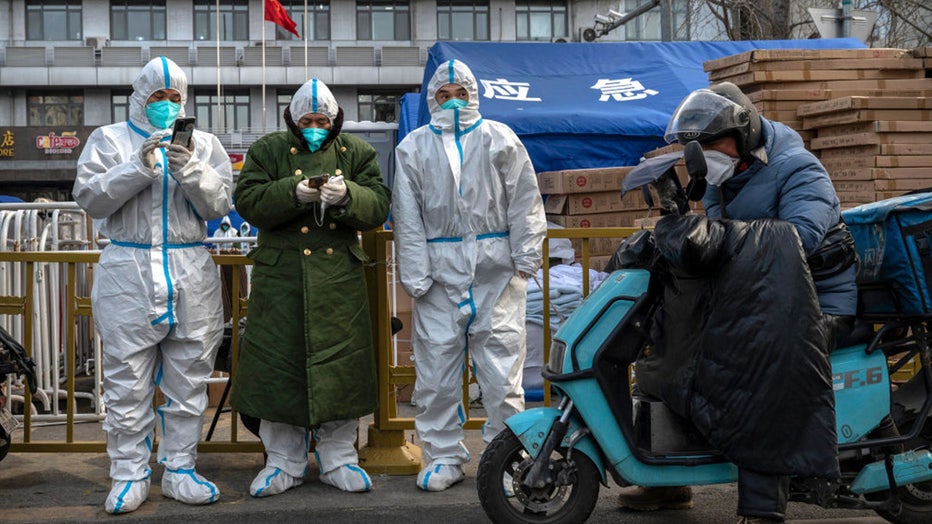 FILE - Epidemic control workers wear PPE to prevent the spread of COVID-19 as they stand next to equipment for cold weather in an area where some communities are under lockdown on Nov. 29, 2022, in Beijing, China. (Kevin Frayer/Getty Images)

The flight that started it all

When the flight arrived in Hohhot City, it was not disinfected ahead of its Aug. 13 departure, according to health officials. This is where it is believed patient zero was first infected.

Patient zero’s seat on Aug. 13 was 33K which just happened to be near the same seats where three of the infected passengers were situated during their flight on Aug. 12 — seats 34A, 34C and 34H.

Prior to this flight, all of the 40 close contacts of patient zero had tested negative for COVID-19, the report said.

"Patient Zero was infected most likely because of the exposure to contaminated airline environments," according to the China CDC report.

Before and after returning to Chongqing, patient zero tested for COVID-19 on Aug. 9, 10, 11, 13, and 14, all of which showed a negative result, China CDC officials said.

He was not tested on Aug. 12 while he traveled to Hohhot City.

He was tested again on Aug. 15 and news of a positive test result did not reach patient zero until after he went out on his jog in a nearby park.

Health officials told him to quarantine at home and went to work contact tracing any potential exposure cases.

Using meticulous contact tracing, which included collecting video from surveillance cameras at the park where patient zero jogged, health officials were able to identify every person who was potentially exposed.

Patient zero went jogging for approximately 35 minutes in a local park without wearing a mask, according to the CDC report.

Altogether, health officials believe patient zero infected 48 people — nine people on Aug. 15 or 16 before he went jogging and 39 at the park.

The 39 exposed at the park included four park cleaners, one lawn mower, one park officer and the remaining were park visitors.

Amid widespread protests against China’s potent anti-virus restrictions, health officials warn that proper protection such as social distancing and mask-wearing can still greatly reduce the risk of exposure to the more transmissive strains of the COVID-19 virus.

"It was highly possible SARS-CoV-2 transmission could easily occur outdoors if effective prevention was not taken. Therefore, physical distancing and correct use of masks should be emphasized as important strategies for mitigating transmission in congregate settings," the CDC report said.