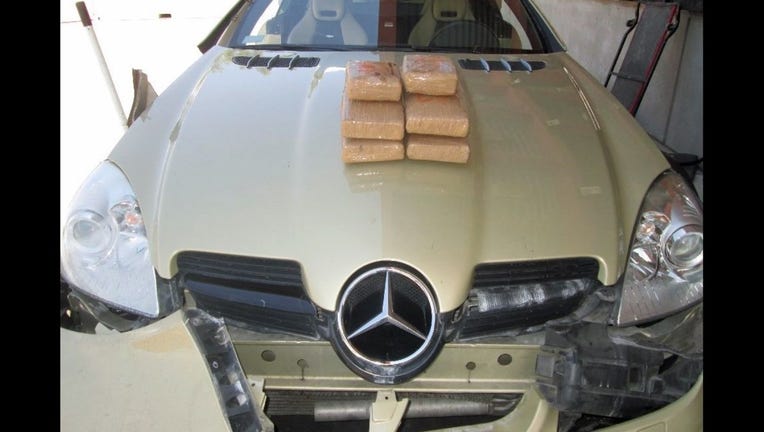 TUCSON, Ariz. (AP) - A Phoenix woman who was said to have flirted with an officer at a border crossing station is accused of trying to smuggle 13 pounds of cocaine into the United States from Mexico.

A criminal complaint charging Pikula with possession of cocaine with intent to distribute said she was "overly talkative" during a primary inspection, and Customs and Border Protection spokesman Garrett Reinhart said "flirtation was what was going on."

Reinhart said that made officers suspicious and that the cocaine was then found in a hidden compartment.

A public defender assigned to represent Pikula did not immediately return a call seeking comment on her behalf.