FLAGSTAFF, Ariz. - Fire crews are still trying to get a handle on the Museum Fire that is burning north of Flagstaff.

The Coconino National Forest says the fire was reported just before 11:00 a.m. Sunday by fire lookouts and calls from the public.

The fire has burned 1,961 acres of land as of Monday and is 82% contained. Wildland firefighters are responding with ground crews and air support to contain the fire. Meanwhile, Governor Doug Ducey has signed a declaration of emergency for the fire.

Officials say smoke will be visible from Flagstaff and the surrounding areas. The public is urged to use caution while driving along highway 180 and 89 north of Flagstaff. Fire officials burnout operations are underway between Mt. Elden Lookout Road and the southern portion of the Brookbank Trail.

On Wednesday afternoon, evacuation orders were lifted for residents on Mount Elden Lookout Road. The sheriff's office will begin re-entry of the residents at 1 p.m. All evacuated residents are to report to deputies staged at Sechrist School and will be required to show identification.

The re-entry point will be open until 6 p.m.

An emergency shelter has been set up at Sinagua Middle School in Flagstaff to house those who have been evacuated.

The fire is named after the Museum of Northern Arizona, which is on Highway 180, according to KAFF News. 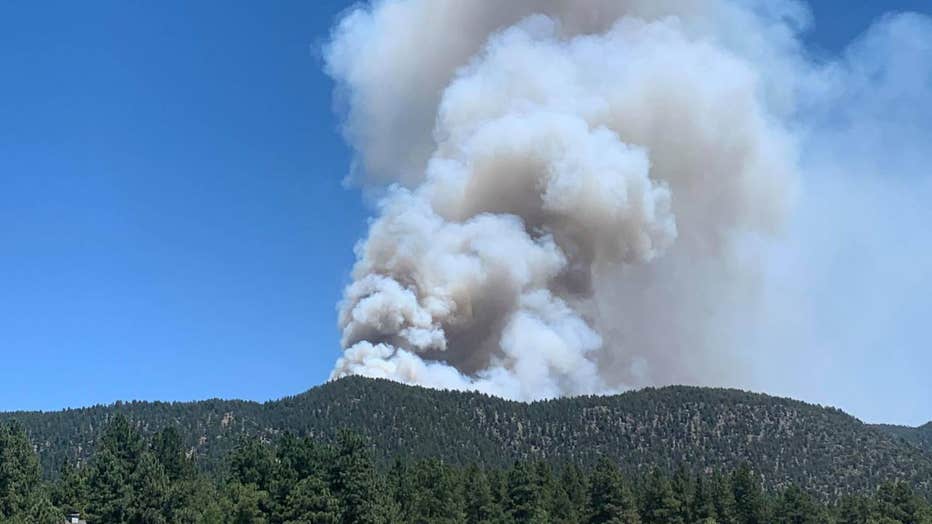