DeLorean making a comeback as all electric vehicle

For the first time in almost forty years, an iconic car is coming back to the roads as DeLorean Motor Company plans to build an all electric version of the car.

DETROIT (FOX 2) - Great Scott! After almost forty years on the shoulder, the DeLorean is coming back to the roads. It's going to be all electric and, yes, according to the company's CEO, it will have the iconic doors.

The DeLorean is one of the most iconic, albeit shortlived, cars ever to be made in American history. That's due in large part to its appearance as a time-traveling vehicle in ‘Back to the Future’.

The stainless steel car is a classic and is also 40 years old. When Byron Cancelmo, the President of the DeLorean Motor City Club, drives his car, he gets a lot of attention.

"They're looking on with excitement there's some drooling," he said."They say is there any cocaine in there. I'm gonna go back in time. But now it's more like that's a great looking car."

It's been 39 years since a DeLorean was last produced but that's all about to change.

But the car won't be built in Detroit or even in Michigan. Instead, it will be in its new headquarters in Texas.

The storied brand was rebooted several years ago in Humble, Texas, as a restoration and service outfit for the 1981-1982 stainless steel cars. English mechanic Stephen Wynne had acquired both the brand name and a stock of original factory parts to maintain the cult classics, and later expanded into manufacturing reproduction parts to fill the gaps.

The electric DeLorean will be built in Texas but Wynne is holding back some of the details.

"As more of the details released you guys are going to love it," Wynne said. 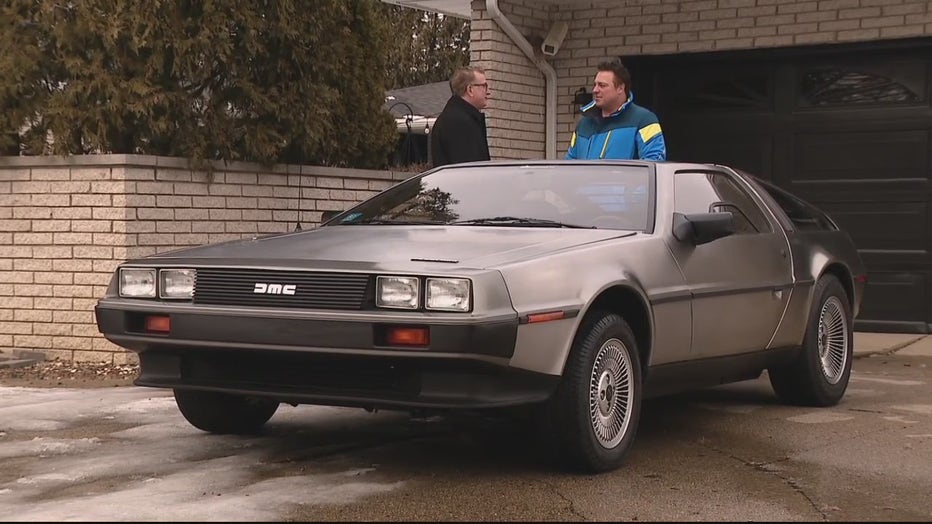 After 39 years, the DeLorean will be back on the roads as the company is planing an all-electric version of the iconic car.

He wouldn't tell us the price or when they're going to be made. As for the iconic wings? If the teaser video the company has released is any indication, it will absolutely have the doors.

"It has to. I won't be as excited about it if it doesn't," Cancelmo said.

The animation shows an obscured car with the DeLorean's signature gullwing doors opening, with the tagline "The Future Was Never Promised." A new illuminated V-shaped logo inspired by the shape of the open doors adorns the front fascia in place of the original's DMC badge.

After Wynne bought the company, he started building all-new versions of the coupes under the provisions of a newly passed Low Volume Vehicle Manufacturer's Act, which allows small automakers to build a limited number of historic replica vehicles without having to meet all of today's costly safety requirements. The company has now released a teaser commercial for new DeLorean that will be fully revealed this year and built at a new facility in San Antonio.

DeLorean's chief marketing officer, Troy Beetz, would not confirm if the car is still planned under the low-volume rules but said that more info will come in by this summer.

Information from FOX News was used in this report