DAVENPORT, Fla. - An Amazon delivery driver has been arrested after being caught on camera delivering a package and then stealing it seconds later, according to the Polk County Sheriff’s Office. But Sheriff Grady Judd blasted Amazon for refusing to help law enforcement catch him.

Investigators said a homeowner received a notification that a package had been delivered to his home, but the package was gone when he returned home. The homeowner pulled up surveillance video and saw the Amazon delivery driver drop off the package, take a delivery confirmation photo and then take the package with him, deputies said. 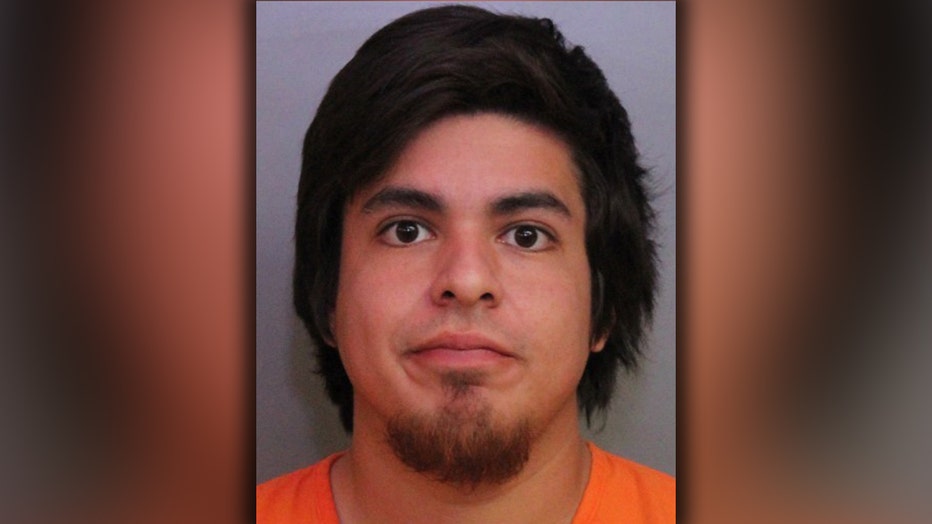 Detectives said the homeowner’s video, which showed the theft, and the community security team that provided the tag of the driver’s vehicle led to the arrest of 27-year-old Jose Campos.

According to PCSO, when detectives ran the vehicle’s tag, it came back to Campos’ girlfriend who said she let her boyfriend use the car to deliver packages for Amazon.  Detectives said they interviewed Campos and he told them he is the person in the video.

Campos was arrested and charged with burglary and theft, deputies said.

Despite having video, pictures, and the date, time, and the address of the delivery and crime, the sheriff's office said Amazon would not cooperate with law enforcement and identify their driver unless they were served a subpoena for their records at their corporate headquarters in Delaware.

“I’m not surprised by much anymore, but this lack of cooperation from Amazon floors me. All we needed was a name — they knew who committed this crime in Polk County, and they would not tell us without us serving legal process to their corporate headquarters in Delaware. This is just irresponsible on their part," said Polk Sheriff Grady Judd. "They apparently don’t care about the ongoing safe and secure delivery of their packages to their customers and exposing other customers to burglary and theft. It is impossible to believe this was this guy’s only theft.”

A spokesperson for Amazon told FOX 13 the company is looking into the matter, and wants to apologize to the sheriff's office.

“We work regularly and closely with law enforcement across the country and are working to understand what occurred here, to make it right and to reach out to Polk County Sheriff’s office to apologize," the company said in a statement.