Dinosaur tracks were uncovered in the Paluxy River as its water level receded due to the major drought. Credit: Paul Baker/Friends of Dinosaur Valley State Park via Storyful

Dinosaur Valley State Park in Texas has unearthed an exciting discovery after extreme drought conditions dried up a river – giant dinosaur footprints that date back to 113 million years ago.

The tracks were uncovered in the Paluxy River as its water level receded due to the major drought that has parched parts of northern Texas this summer, the park announced last week. The park is located near Glen Rose, southwest of Dallas.

"Due to the excessive drought conditions this past summer, the river dried up completely in most locations, allowing for more tracks to be uncovered here in the park," the Texas Parks and Wildlife Department told Fox News Digital on Tuesday. "Under normal river conditions, these newer tracks are underwater and are commonly filled in with sediment, making them buried and not as visible."

Most dinosaur tracks at the park belong to two different species: a theropod called Acrocanthosaurus and a sauropod called Sauroposeidon, according to the park. 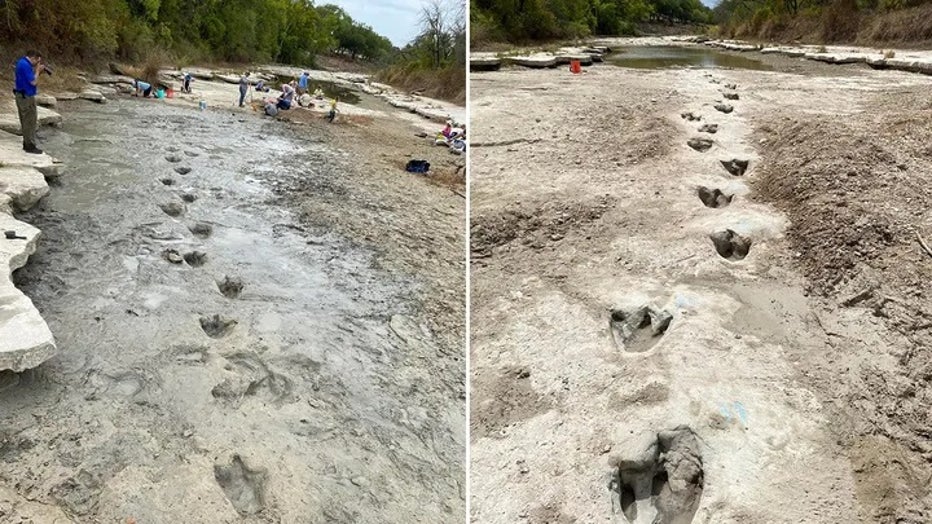 The park said that the tracks will likely get buried under sediment and water once it begins to rain. (Friends of Dinosaur Valley State Park )

The park shared photos online showing volunteers helping to clean out and shore up the dino tracks. 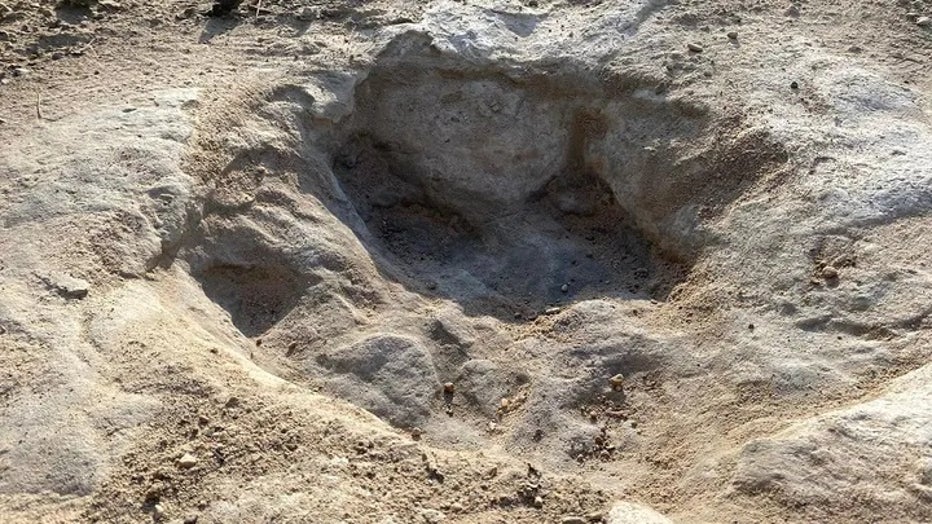 The park said the tracks belong to the Acrocanthosaurus and date back to 113 million years ago. (Friends of Dinosaur Valley State Park )

However, with rain in the coming forecasts, the parks said it is likely the prehistoric tracks will soon be buried again beneath the river water. 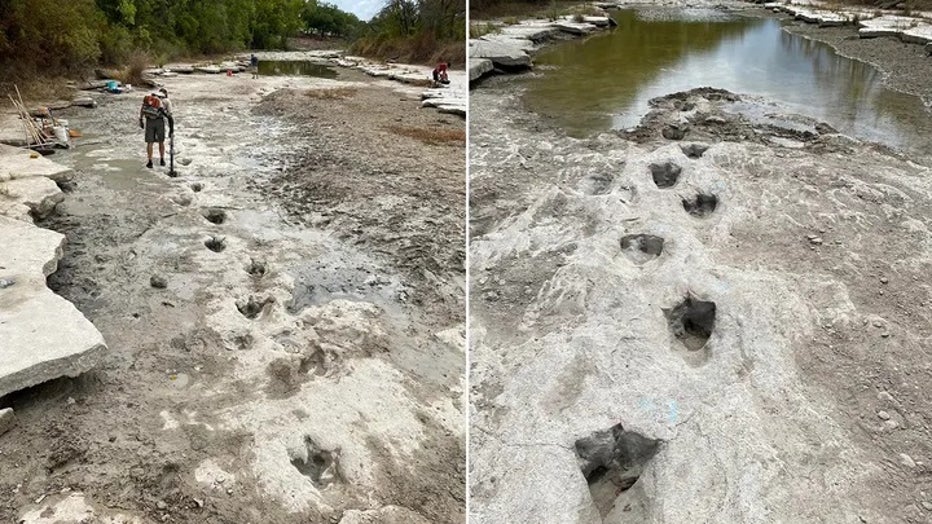 On Monday, residents of north Texas woke up to flash flooding brought on by as much as 10 inches of rain in some areas.

The park said that the layers of sediment that will once again cover the footprints will help to protect the tracks from natural weathering and erosion.

"While these newer dinosaur tracks were visible for a brief amount of time, it brought about the wonder and excitement about finding new dinosaur tracks at the park," the state parks department said.