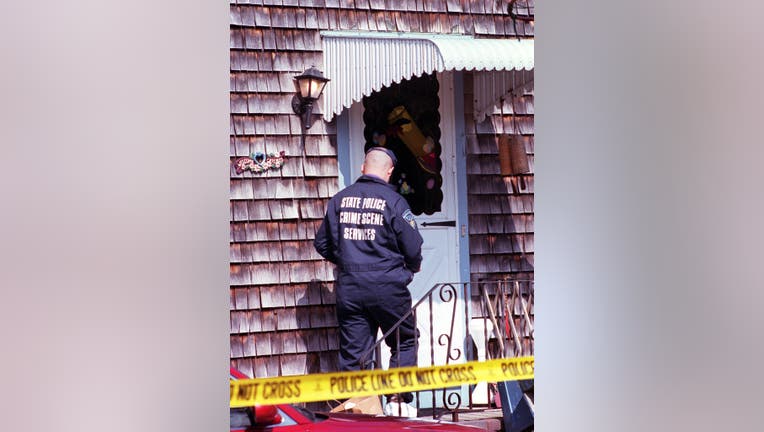 NEW BEDFORD, Mass. - DNA recovered from the interior of a conch shell thought to have been used as a weapon in the 2001 killing of a Massachusetts woman has led to the indictment on a murder charge of the victim's half-brother, prosecutors said.

David Reed, 53, formerly of Acushnet and New Bedford, was indicted last week by a grand jury in connection with the death of Rose Marie Moniz inside her New Bedford home, according to a statement Thursday from Bristol District Attorney Thomas Quinn III.

Reed is currently in custody pending arraignment at a date to be determined, authorities said. It could not immediately be determined if he had an attorney.

"I’m pleased to announce the indictments related to the previously unsolved cold case homicide of Rose Marie Moniz," Quinn said in a statement. "She was a mother who was brutally murdered inside the sanctity of her own home. Thanks to the efforts of my Cold Case Unit, along with detectives from our state police unit and New Bedford Police, we were able to bring some sense of relief to the victim’s family, all of whom suffered for the past 20 years from not knowing what happened to Ms. Moniz."

Police believe then 20-year-old John Reigh Hoff raped and murdered Candy Rogers, 9, in 1959 in Spokane before committing suicide in 1970.

Moniz, 41, was found in a pool of blood on the bathroom floor on the morning of March 23, 2001, by her father, who had arrived to take her to a previously scheduled doctor's appointment, prosecutors said.

Investigators determined Moniz had been beaten to death with a fireplace poker, a conch shell and a cast iron kettle. Her purse was emptied on the floor and cash had been stolen, authorities said.

After police excluded two potential suspects early on in the investigation, the case went cold. It was reopened by the cold case unit in 2019.

The unit determined that injuries to the victim's face had been caused by the spiny exterior of the conch shell, suggesting the suspect would have had to have his fingers inside the shell to hold it.

Testing of the interior revealed a full DNA profile that was run through a national database and led to Reed, prosecutors said.

Reed has also been indicted in connection with the attempted murder and robbery of another New Bedford woman in 2003, prosecutors said.