It turns out she was positive along with the bride and groom and a dozen medical professionals who work at Kaiser Permanente's Oakland Medical Center, that is now attributed to creating an omicron super-spreader event. California health officials confirm those infected medical workers tested negative the week before, but ended up exosing nearly 40 of their co-workers and patients.

FOX 2 - Debra Furr-Holden studies the outbreaks of diseases. The Flint woman never imagined she would be at the center of one, and she hopes this will serve as a cautionary tale for others.

"I woke up on Tuesday with a scratchy throat," she said. "And I thought, hmm."

Furr-Holden doubted she had Covid. The epidemiologist who is also a dean of Public Health Integration for Michigan State University attended a Wisconsin wedding for one of her former medical students. Many of the guests were medical experts, who were vaccinated.

"Many of us are boosted, many of us had negative Covid tests 24 to 48 hours before the wedding – yet this still happened," she said.

The following week the bride called and broke the news that some guests had tested positive for Covid - and Debra should test too.

It turns out she was positive along with the bride and groom and a dozen medical professionals who work at Kaiser Permanente's Oakland Medical  Center, which is now attributed to creating an omicron super-spreader event.

California health officials confirm those infected medical workers tested negative the week before, but ended up exposing nearly 40 of their co-workers and patients.

She says the vaccinated guests wore masks at the wedding, but not at the reception. She explains it this way.

"Swiss cheese – no one layer is perfect and they all have holes in them," she said. "But as you begin to stack those layers up, you build a wall between you and virus. The problem is, we put an over-emphasis on the vaccine and de-emphasize all of those other layers of protection."

Coincidentally, her researching the genomic sequencing of the coronavirus to determine the strain and transmission rate is part of Debra's role as a medical professional. the omicron variant has now been discovered in half the states in the country.

Debra says the blame for the ongoing pandemic should be placed on more than the unvaccinated. 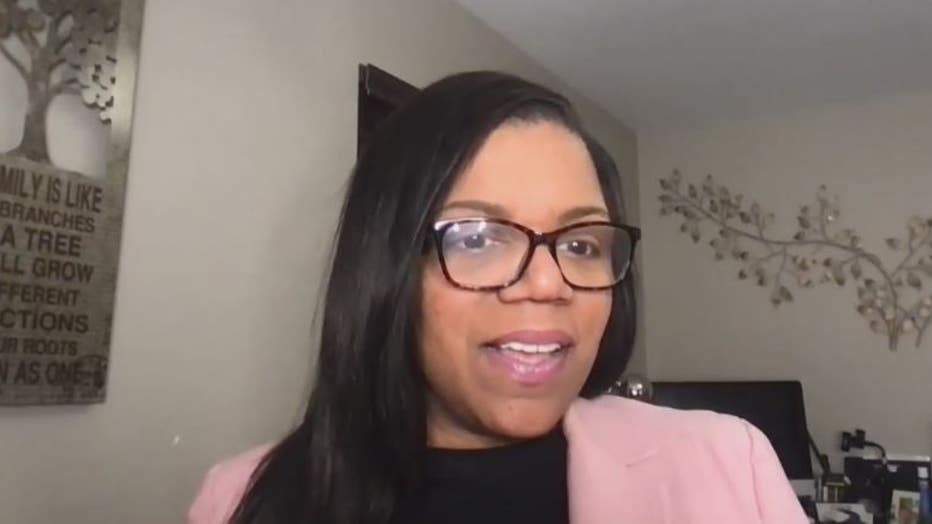 "The notion of once you are vaccinated you can ditch your mask, I think is a very dangerous message," she said."If I had kept my mask on at the reception, I likely would have avoided contracting Covid."

We may have Covid fatigue - but the virus does not. Her daughter caught Covid from her but luckily her 3-month-old granddaughter they immediately protected did not.

For most, there may be only a few mild symptoms associated with the new variant. In fact, she says you may not even realize you have it,  Which means we all have to be vigilant to stop the spread.

"If we could get more shots in arms and people would wear mask, for now, we would likely stop community spread and get to something more normal," she said.

Some people may be thinking - what's the big deal - the symptoms are like a cold. Debra says what may not be a big deal for you could be life-threatening for someone else.

She says she doesn't think people should live in fear or in isolation, but right now they need to avoid people who may have the virus and practice precautions, and that includes wearing a mask.