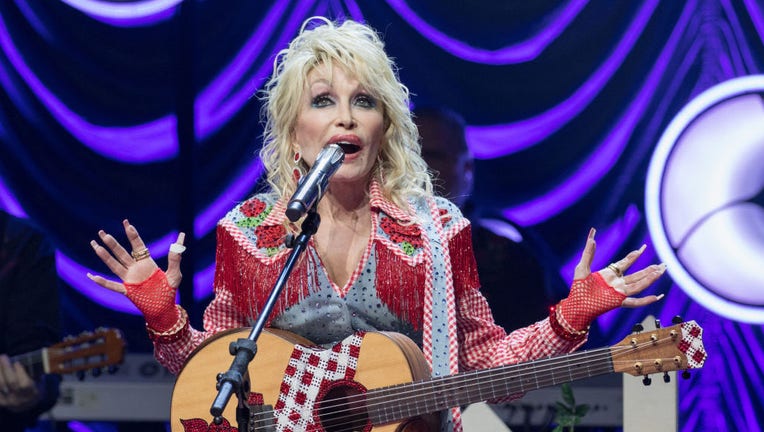 FILE - Singer-songwriter Dolly Parton performs onstage at "Dollyverse Powered By Blockchain Creative Labs on Eluv.io" during the 2022 SXSW Conference And Festival at ACL Live at The Moody Theater on March 18, 2022, in Austin, Texas. (Photo by Rick Ke

COLUMBUS, Ohio - If you live in Ohio, Tuesday is officially "Dolly Parton Day," in honor of the country music icon and lifelong philanthropist — who is working to improve child literacy in the Buckeye State and around the world.

Ohio Gov. Mike DeWine officially declared Aug. 9, 2022, as honorary Dolly Parton Day as she visits the state to celebrate the success of her book gifting program, called Imagination Library. The program mails free books to kids under the age of 5 in the United States and other countries in an effort to improve child literacy. It currently operates in the United Kingdom, Ireland, Canada, and Australia, with nearly 2.1 million kids registered to date.

In Ohio, Dolly Parton’s Imagination Library currently mails more than 327,000 children a free, age-appropriate book every month, according to a statement from the governor’s office.

Parton, 76, will be visiting Columbus and attending a private luncheon on the Ohio State University campus "to raise financial support and awareness for the Imagination Library program in Ohio," according to WCMH-TV.

The Grammy-winning music legend is also scheduled to visit nearby West Virginia on Tuesday as part of a promotional visit for the program.

In addition to her literacy program, Parton has kept busy with other philanthropy efforts as well. In 2020, she donated $1 million to Vanderbilt University Medical Center in Nashville, Tennessee, for COVID-19 vaccine research. This summer, she donated another $1 million to pediatric infectious disease research at the university.

Parton’s most recent monetary gift, announced by Vanderbilt in June, will support a variety of ongoing research at the medical center, including understanding how viruses and bacteria cause disease, understanding and preventing antibiotic resistance, preventing and treating infections, diagnosing and treating infections in children with cancer, and gauging the impact of childhood infections throughout the world.

Dolly Parton: The life of a leading lady in music and kindness

A quick look at the incredible life of Dolly Parton.

Parton was also among this year’s Carnegie Medal of Philanthropy winners for her contributions.

The "Jolene" and "9 to 5" singer has won 10 Grammy Awards and received the Grammy Lifetime Achievement Award in 2011. She is the second-most nominated woman in Grammy history, only behind Beyoncé.

Earlier this year, Parton was inducted into the Rock & Roll Hall of Fame despite her last-minute plea to "respectfully bow out."

Parton made headlines in March after saying she was "extremely flattered and grateful to be nominated," but didn’t feel that she had "earned that right" to be recognized as a rock artist over other performers. As a result, she wanted to "respectfully bow out." But by then, ballots had already been sent out to voters.

In response, the Rock Hall announced that they weren’t backing down, explaining that the organization was "not defined by any one genre." They pointed out that it had deep roots in country music, as well as rhythm and blues.