Coffee and cereal have always been breakfast mainstays, but now they'll be available in the same dish.

Dunkin' has come up with another way to give fans a little jolt with breakfast.

The nationwide coffee chain has teamed up with Post Consumer Brands to release two new cereals, made with real Dunkin' coffee. The breakfast cereals will mark the first collaboration between the two mega-brands.

"Coffee and cereal are the ultimate breakfast go-tos, ranking as the top two most consumed items to help people start their day," said Josh Jans, Brand Manager of Cereal Partnerships at Post Consumer Brands, via a press release.

The new crunchy cereals will feature two fan-favorite flavors, Dunkin' Caramel Macchiato and Dunkin' Mocha Latte. Though flavored after the popular caffeinated beverages, both cereals contain "very small amounts of caffeine" equivalent to 1/10 of a cup of coffee. 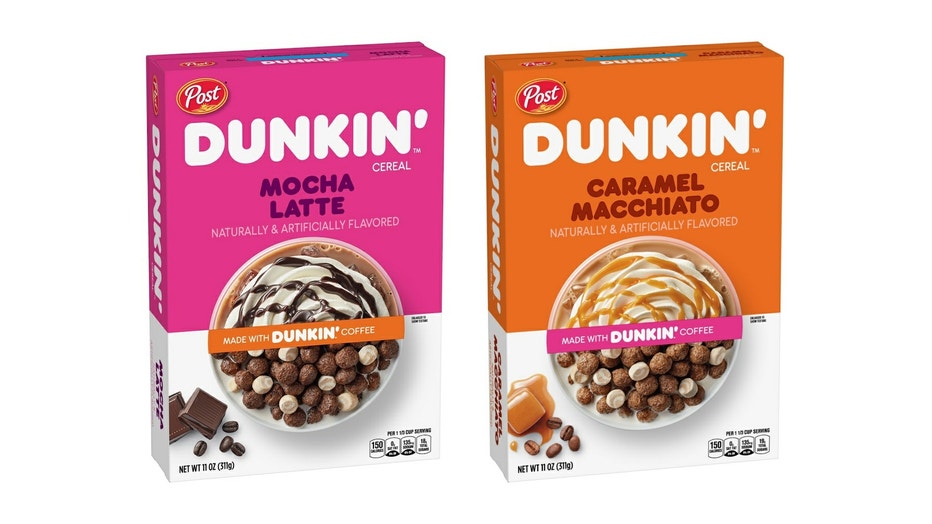 Dunkin has teamed up with Post Consumer Brands to release two new cereals, made with real Dunkin' coffee. (Courtesy: Post/Dunkin')

According to the press release, nearly 65 percent of American adults drink coffee every day. Meanwhile, 90 percent of all U.S. households consume cereal, making it the "No. 1 favorite breakfast food."

It was not reported if more cereals or breakfast options are planned for the pair in the future.