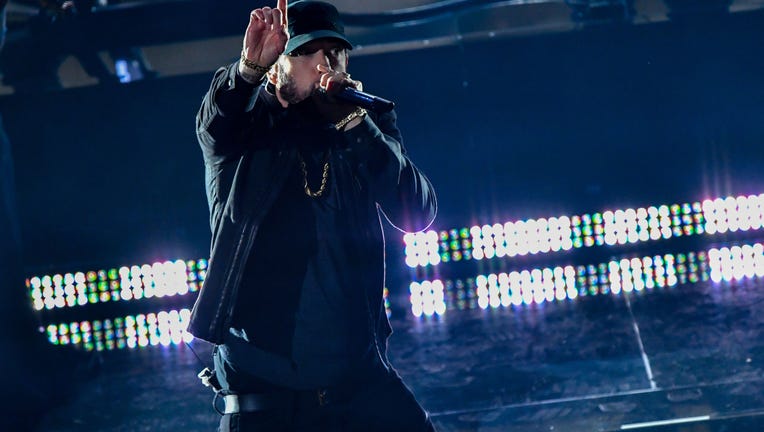 US rapper Eminem performs onstage during the 92nd Oscars at the Dolby Theatre in Hollywood, California on February 9, 2020. (Photo by Mark RALSTON / AFP) (Photo by MARK RALSTON/AFP via Getty Images)

Eminem made a surprise appearance Sunday night and performed "Lose Yourself," a best original song winner in 2003 from the soundtrack to "8 Mile."

His performance rocked the Dolby Theatre -- Zazie Beetz was among the many who rapped along, and Billie Eilish watched with her jaw dropped.

The appearance was a big deal for the awards show after Eminem didn't perform as a nominee in '03. His performance last night came at the end of a montage that celebrated the impact of music in film.

Clips from "8 Mile" played on the big screen, and then the camera cut to center stage where Eminem was there in person and began to perform. 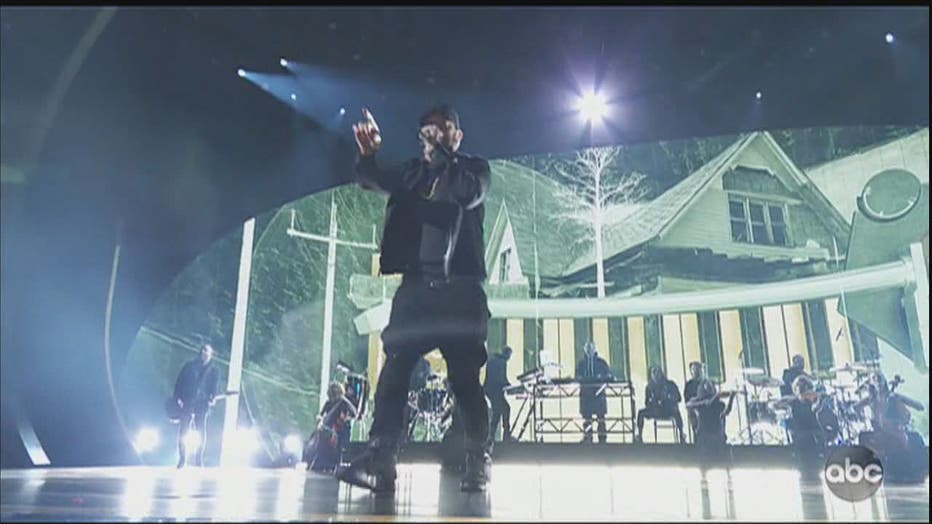 Backstage producer Lynette Howell Taylor was especially excited, save for a momentary panic that he didn't have his mic.

Afterward, she squealed "We did it!" Fitting for a performance that required a few bleeps, Howell Taylor also let out some expletives of her own in excitement.

Afterward, Eminem poked fun at himself on Twitter, writing, 'Look, if you had another shot, another opportunity,' before trailing off and thanking the Academy for having him. 'Sorry it took me 18 years to get here,' he continued.

ABC hasn't yet posted a video of Eminem's full performance to rewatch.

Eminem appeared to be enjoying his time at the show. He later tweeted a photo of him and Sir Elton John, who won that night for Best Original Song. He and lyricist/songwriter Bernie Taupin won for "(I'm Gonna) Love Me Again" from "Rocketman." Elton John also performed.

Eminem's been full of surprises lately. He also just dropped an album by surprise less than a month ago, 'Music to Be Murdered By.'

His Oscars performance was just one of many moments to make headlines at the once-again hostless show.

Other musical moments included Indina Menzel singing "Into the Unknown" from "Frozen 2" alongside her international Elsa counterparts. Cynthia Erivo also received a standing ovation for her powerful performance of "Stand up" from "Harriet."

In the winner's circle, Brad Pitt won his first acting Oscar and "Parasite" made history as the first non-English language film to win the best picture award.

You can see a complete list of winners here.

FOX 2 reported on this story from Southfield, Mich.