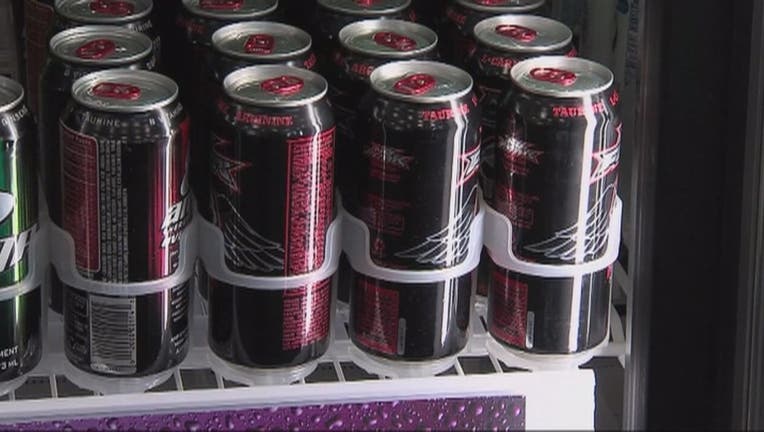 A mother of one is now caring for her newborn and her husband after she says his energy drink consumption nearly cost her family everything.

Married couple Brianna and Austin, last names not shared, were expecting their first child together when Austin suffered a severe medical complication from drinking energy drinks.

"Being pregnant is supposed to be one of the most amazing journeys you will ever embark on," Brianna wrote in a message that has since been deleted on Facebook. "You're creating a new life. You are experiencing unconditional love for someone you have not even met. Austin and I were so excited to meet our little boy. To bring him home. To be a family."

Brianna was nine-months pregnant and due to deliver any day. She went to bed like normal but woke up to a life-changing scene.

"I still remember my mother in law waking me up that morning. 'Austin had an accident' she said. All I knew was that my husband was in the hospital. The worst part? I didn't know why," Brianna wrote.

Brianna soon learned that her husband had suffered a brain hemorrhage from an "excessive energy drink consumption" - a conclusion the doctors arrived at after running a toxicology screen and ruling out drugs.

"After a two hour drive to the hospital, I learned that my husband, the father of my child, the person I am so deeply in love with, had had a brain hemorrhage. Why? The doctors concluded (after running his tox screen and ruling out drugs) that this horrible event was due to his recent excessive energy drink consumption (a habit he had built when he started working longer hours and commuting)."

The mom of one said the energy drinks were "a habit he had built when he started working longer hours and commuting."

Austin was already in surgery by the time Brianna and family arrived at the hospital. It wasn't until nearly five hours later that she got to see her husband, Brianna writes.

"The next day was round two of brain surgery. Following this were strokes, seizures, swelling, and more things we weren't prepared for. There was a moment, sitting by his hospital bed, just praying he would be okay, that I knew I would never give up on him. No matter how messy our life would become. I was going to be by his side through all of it. After two weeks of living in a hospital, wondering if he would survive or be taken from us, [the family] made our way back home. The time had come for me to deliver our baby."

Austin was still in the hospital when Brianna delivered their baby, but she writes that "a beautiful miracle happened as I delivered our son. Austin woke up."

"I went about a week without seeing him. I thought about him every day. I cried as I looked at my child who looked just like his daddy. When the baby was only a week old, I left him with my in-laws. I knew I needed to see Austin. I needed to tell him that our baby was here," she writes.

Over the weeks, Brianna says "We chased him all over the state as more operations and procedures were ordered. I saw him every chance I got. At a little over 2 months old, our son finally met his dad. A day I wasn't sure I would ever see. That was the day that my heart gained some of its happiness back."

A little while after that, Brianna says she was able to bring Austin home, but their lives have been altered dramatically because of the brain hemorrhage.

"Our life isn't normal. There are doctors visits and hospital trips- so many that I loose[sic] count. But we are here. Fighting. I wake up every day to take care of our beautiful little boy and my husband. I prepare the meals, do physical therapy, speech therapy, and occupational therapy. I help him with personal hygiene. I help him walk. I help him with every aspect of his life. And in between these tasks I take care of our very busy eight month old. It is hard, and I am tired, but we make the most of it. He isn't the same man I fell in love with, but I still fall further everyday, We are fighting to help him recover. To make his life better."

The couple has declined requests for an interview.

Information from FOX News and AOL was used in this report. Click here for more from FOX news.