The Environmental Protection Agency moved Friday to designate two "forever chemicals" used in cookware, carpets and firefighting foams as hazardous substances, a step that would clear the way for quicker cleanup of the toxic compounds, which have been linked to cancer and other health problems.

Designation as a hazardous substance under the so-called Superfund law doesn't ban the chemicals. But it requires that releases of PFOA and PFOS into soil or water be reported to federal, state or tribal officials if they meet or exceed certain levels. The EPA could then require cleanups to protect public health and recover cleanup costs.

PFOA and PFOS have been voluntarily phased out by U.S. manufacturers but are still in limited use and remain in the environment because they do not degrade over time. The compounds are part of a larger cluster of "forever chemicals" known as PFAS that have been used in consumer products and industry since the 1940s. The term is short for per- and polyfluoroalkyl substances, which have been used in nonstick frying pans, water-repellent sports gear, stain-resistant rugs, cosmetics and countless other consumer products.

The chemicals can accumulate and persist in the human body for long periods of time, and evidence from animal and human studies indicates that exposure to PFOA or PFOS may lead to cancer or other health problems.

"Communities have suffered far too long from exposure to these forever chemicals,'' EPA Administrator Michael Regan said in a statement Friday. "The action announced today will improve transparency and advance EPA’s aggressive efforts to confront this pollution."

Under the proposed rule, "EPA will both help protect communities from PFAS pollution and seek to hold polluters accountable for their actions,'' Regan said. The rule is expected to become final next year. 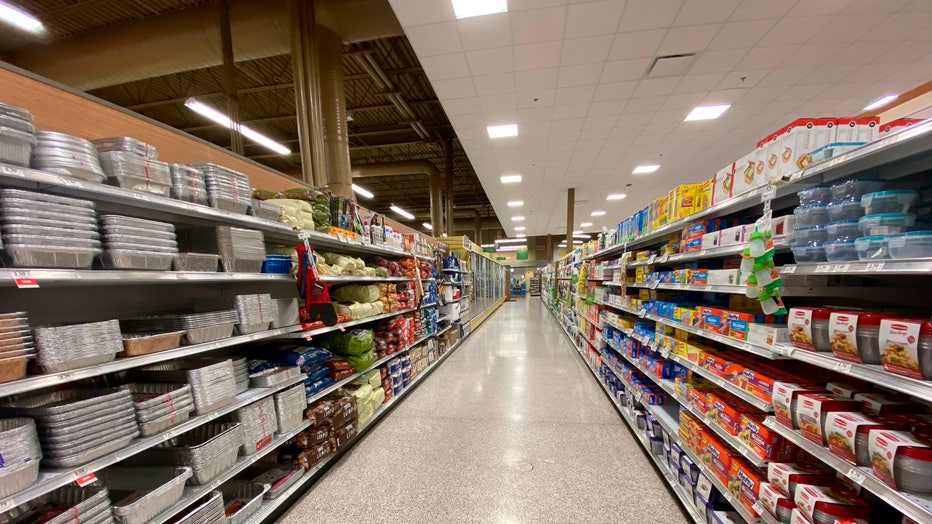 The EPA’s action follows a recent report by the National Academies of Science that calls PFAS a serious public health threat in the U.S. and worldwide. It comes after an EPA announcement in June that PFOA and PFOS are more dangerous than previously thought and pose health risks even at levels so low they cannot currently be detected.

The agency issued nonbinding health advisories that set health risk thresholds for PFOA and PFOS to near zero, replacing 2016 guidelines that had set them at 70 parts per trillion. The chemicals are found in products including cardboard packaging, carpets and firefighting foam and increasingly found in drinking water.

RELATED: Toxic 'forever chemicals' detected in half of US makeup, study finds

The EPA said in a statement that it is focused on holding responsible companies that manufactured and released significant amounts of PFOA and PFOS into the environment and will not target individual landowners or farmers "who may have been inadvertently impacted by the contamination.'' The agency also said it is committed to further outreach and engagement to hear from communities affected by PFAS pollution.

Erik Olson, a health and food expert at the Natural Resources Defense Council, called the announcement an important step to clean up hundreds of contaminated sites across the country and protect millions of families exposed to the toxic chemicals.

"Listing PFOA and PFOS as hazardous under Superfund law should allow EPA to hold polluters responsible for that contamination," he said. "Ratepayers and public utilities should not be footing the bill for industry’s decades of wonton use of these dangerous chemicals."

Attorney Rob Bilott, an anti-PFAS advocate, said the EPA's proposal "sends a loud and clear message to the entire world that the United States is finally acknowledging and accepting the now overwhelming evidence that these man-made poisons present substantial danger to the public health and the environment."

Bilott, whose work to uncover the widespread presence of PFAS chemicals in the environment and in human blood was highlighted in the 2019 film "Dark Waters,'' said the EPA must work to ensure that costs of cleaning up the toxins are borne by PFAS manufacturers that caused the contamination — "not the innocent victims of this pollution who didn’t create the toxins and were never warned any of this was ever happening."

Sen. Shelley Moore Capito, R-W.Va., said she supports strong action to address PFAS contamination in West Virginia and across the country but was concerned about "the unintended consequences that today’s proposal could have.''

If finalized, "property owners, farmers, employers, essential utilities and individuals may be liable for unknowingly having PFAS on their land, even if it was there years or even generations prior to ownership and came from an unknown source,'' Capito said.

She urged the EPA to develop an enforceable drinking water standard to promote the health and safety of all Americans.

The American Chemistry Council, which represents major chemical companies, called the EPA’s proposal "an expensive, ineffective and unworkable means to achieve remediation for these chemicals.''

Listing the chemicals under Superfund could harm local fire departments, water utilities, small businesses, airports and farmers, the group said. "The proposed (Superfund) designation would impose tremendous costs on these parties without defined cleanup standards,'' the council said in a statement.

The EPA said it expects to propose national drinking water regulations for PFOA and PFOS later this year, with a final rule expected in 2023.