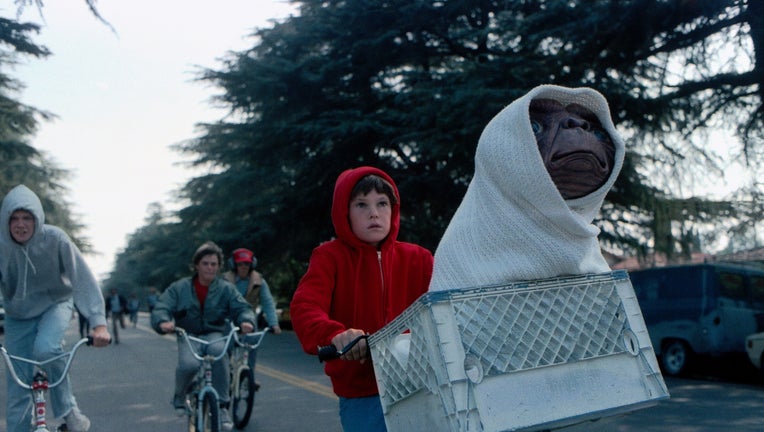 Forty years after Steven Spielberg’s "E.T. The Extra-Terrestrial" captured hearts around the world, the iconic film is returning to the big screen.

On August 12, the digitally remastered film will be released in select IMAX theaters.

WATCH: Tubi’s collection of free kids and family entertainment — get the app

"Steven Spielberg redefined modern cinema and ushered in a new era of bold, swing-for-the-fences filmmaking, and the IMAX Experience has expanded around the world because of the trail blazed by films like E.T.," Megan Colligan, president of IMAX Entertainment, said in a news release.

Released in the summer of 1982, "E.T. The Extra-Terrestrial" tells the story of a child alien (E.T.) accidentally left behind on Earth by his parents, and the friendship he forms with 10-year-old Elliot, played by Henry Thomas. The film also stars Drew Barrymore and Robert MacNaughton.

Universal Pictures is also celebrating the 47th anniversary of the hit movie "Jaws" with an IMAX and RealD 3D release on Sept. 2.

WATCH FREE ON TUBI: "Jaws," "Jaws 2" and many other shark-fin-filled movies