Residents have begun returning to their homes near&nbsp;Cave Creek after evacuation orders ended at 6 p.m. Tuesday.

CAVE CREEK, Ariz. - Evacuation orders prompted by the East Desert Fire have been lifted, according to officials with the Arizona Department of Forestry and Fire Management.

Earlier on Tuesday, officials with the Town of Cave Creek say the orders, which were issued late Sunday night, may be lifted if conditions continue in the right direction.

According to information released by the Department of Forestry and Fire Management on Saturday, the fire is 100% contained, and has charred 1,492 acres of land.

“We were mandatorily evacuated, so we did," said evacuee Karen Acker. "We packed up and left, and now we’re exhausted." 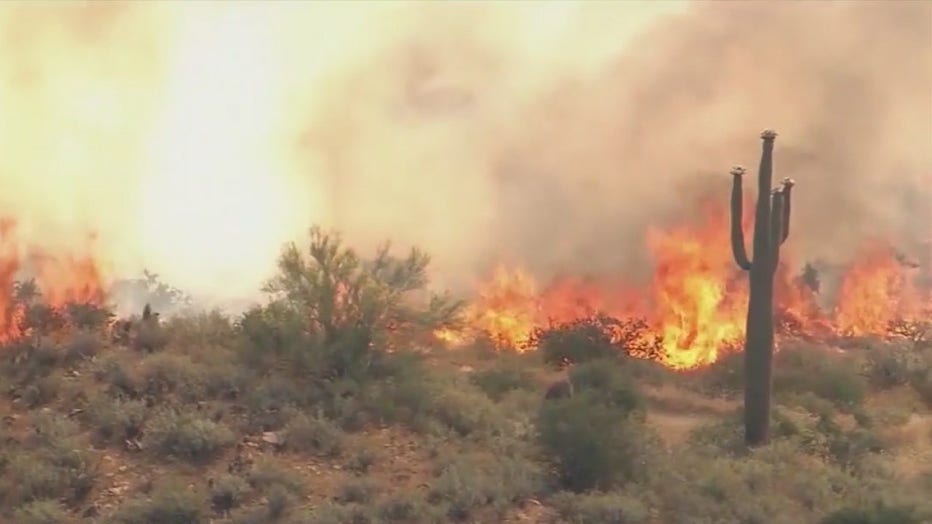 According to Arizona Department of Forestry and Fire Management spokesperson Tiffany Davila, winds picked up on Sunday, causing fire to spread through a green space, into the desert, over a mountain, and move towards neighborhoods.

One of the problems faced by fire crews is a dry weed called stink net, which blankets much of the Sonoran Desert, and is extremely flammable.