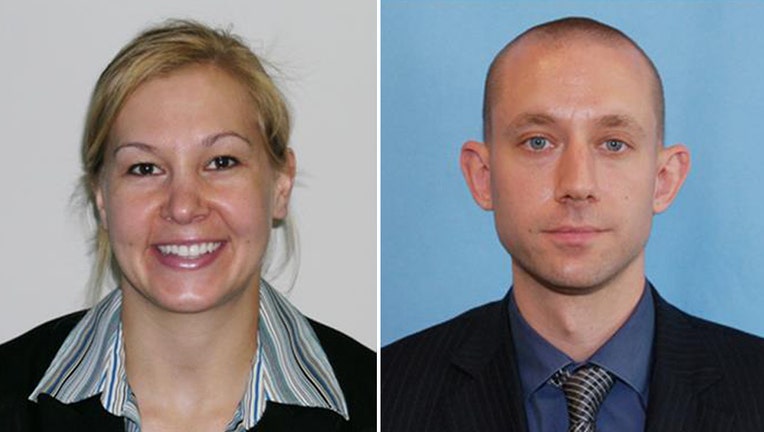 Three other agents were wounded, with two of them hospitalized in stable condition. The third was treated at the scene. The gunman, identified by the FBI as 55-year-old David Lee Huber, killed himself after a standoff.

Alfin, 36, and an agent for almost 13 years, made headlines seven years ago when he led a team that took down a Naples, Florida, man who was the lead administrator of Playpen, the world’s largest-known child pornography website. Steven Chase had created the website on Tor, an open network on the internet where users could communicate anonymously through "hidden service" websites.

Playpen had more than 150,000 users worldwide. Members uploaded and viewed tens of thousands of graphic images of young victims, categorized by age, sex and type of sexual activity involved. The FBI launched an investigation in 2014 after Playpen’s IP address was accidentally revealed.

After Chase’s arrest in 2015, the FBI kept the website operating for two weeks to identify other users, hiding malware in the images to discover their IP addresses. From that effort, investigators sent more than 1,000 leads to FBI field offices across the country and thousands more to overseas law enforcement agencies.

According to the FBI, 350 arrests were made in the U.S. and 548 internationally, including 25 producers of child pornography and 51 abusers. The operation identified or rescued 55 American children who were sexually abused and 296 internationally. Chase got 30 years.

"It’s the same with any criminal violations: As they get smarter, we adapt; we find them," Alfin said at the time. The New York native added, "It’s a cat-and-mouse game, except it’s not a game. Kids are being abused, and it’s our job to stop that." He was married and had one child.

Law enforcement officers from multiple agencies saluted as the body of a fallen FBI agent was brought to a South Florida medical examiner's office. (Courtesy: WSVN)

In another case, Alfin had been accused by a defendant in Virginia of unlawfully identifying his computer IP address on a child pornography website. But a federal judge ruled the defendant had no reasonable expectation of privacy over his IP address or personal computer.

Schwartzenberger, 43, and an agent for 15 years, was part of Rockway Middle School's law studies magnet program, teaching children about the internet's dangers, including sexual exploitation and cyberbullying.

"She would always say, ‘I feel that coming here and talking about the hard stuff means that I won’t see you guys on my end,'" the Broward County school said about the Pueblo, Colorado, native in a statement.

In 2018, the married mother of two did a TV interview where she discussed computer "sexploitation," where hackers claim that they have used a person's computer camera to video record them watching pornography or naked. They threaten to send the video to spouses, relatives and friends if the person doesn't pay extortion. Sometimes, they have hacked into the victim's computer and found sexually explicit images.

"It is very traumatizing for the victim," Schwartzenberger told WPEC-TV. "Their reputation is on the line."

Attempts to reach the agents' families Wednesday were not immediately successful.