The winter storm system that produced severe thunderstorms in the South and near whiteout conditions in the Midwest is quickly pushing through the Eastern Seaboard, and will produce its final spat of wet weather on Friday.

Forecast models show rain and snow will be possible in the Northeast and scattered showers will impact areas mainly along I-95 from the mid-Atlantic into Florida.

Accumulations of snow will be limited to interior regions of the Northeast and New England, while the big cities and coastal communities see mostly rain. 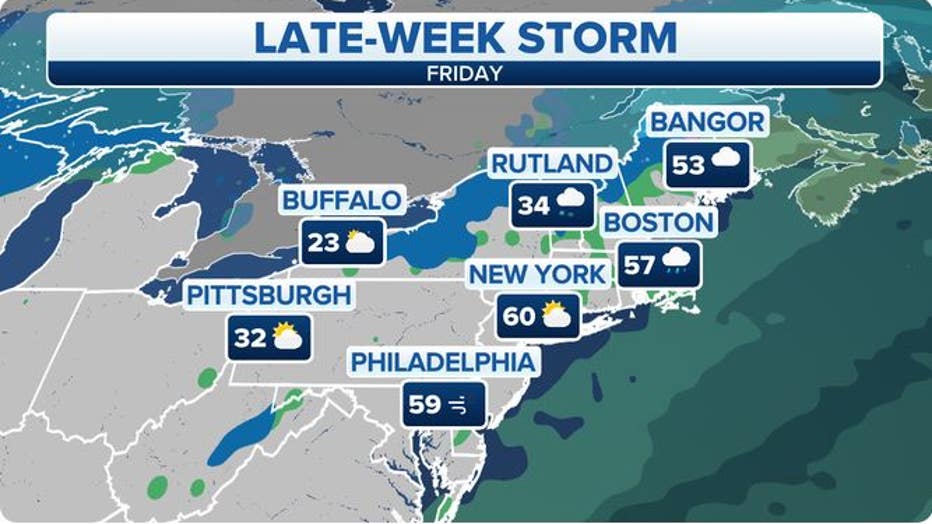 Snow is possible in interior sections of the Northeast and New England, with rain likely for the big cities and along the coast. (FOX Weather)

Rainfall totals in the Southeast are also expected to remain light and a widespread outbreak of severe storms is not anticipated.

All the precipitation is expected to be offshore by Friday evening.

Meteorologists say the front will leave behind cooler air in its wake, with temperatures from Florida into the Northeast taking a temporary plunge over the weekend. 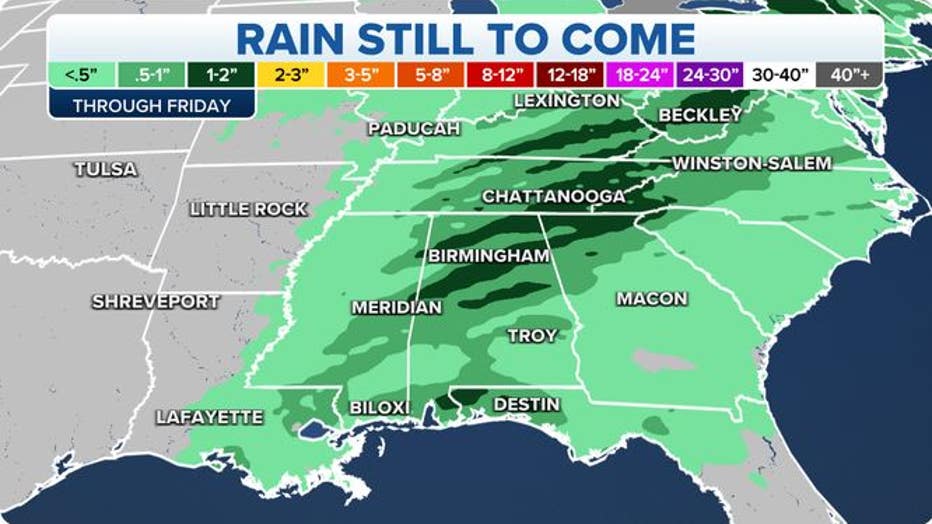 Sunny skies and cool breeze are expected to dominate the weather in Sunshine State and produce perfect weather for Sunday's Daytona 500 on FOX.

The East Coast cooldown is not expected to last long and temperatures will rebound to values well above average next week.

The warmer weather could precede the season’s next winter storm, which could be in its formation stages by Tuesday over parts of the mid-South and the heartland.

Similar to this week’s storm system, all modes of adverse weather from severe storms to ice and snow look possible again with the future storm system.