PHOENIX - Firefighters say two dogs are expected to be OK after being pulled from a fire at a south Phoenix home.

According to the Phoenix Fire Department, the fire broke out Monday morning at a home near Seventh Street and Baseline Road.

When crews arrived at the scene, they found a fire in the carport that was spreading into the home and onto a vehicle in the driveway.

Initial calls to 911 reported that a person was trapped inside the home, but that person was able to safely escape before firefighters arrived at the scene.

Two large unresponsive dogs were pulled from the home and are now conscious and alert.

Two people have been displaced by the fire. 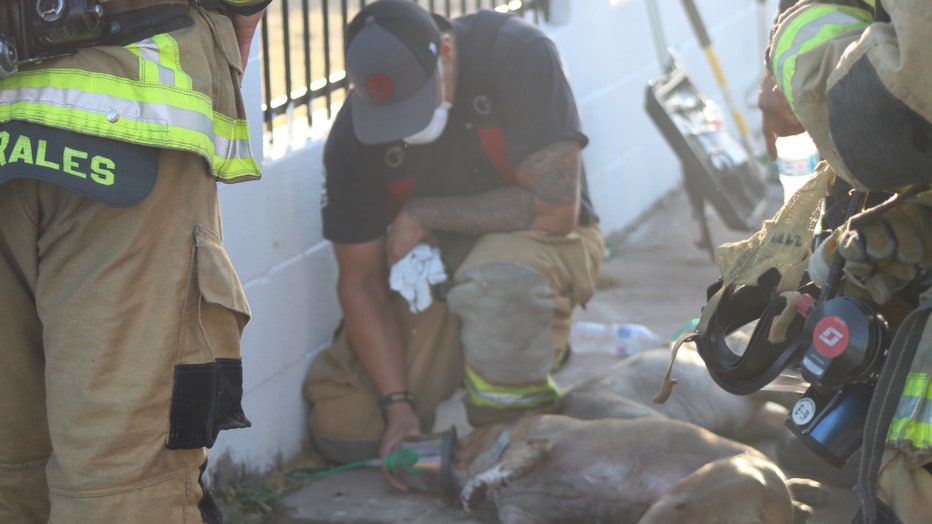 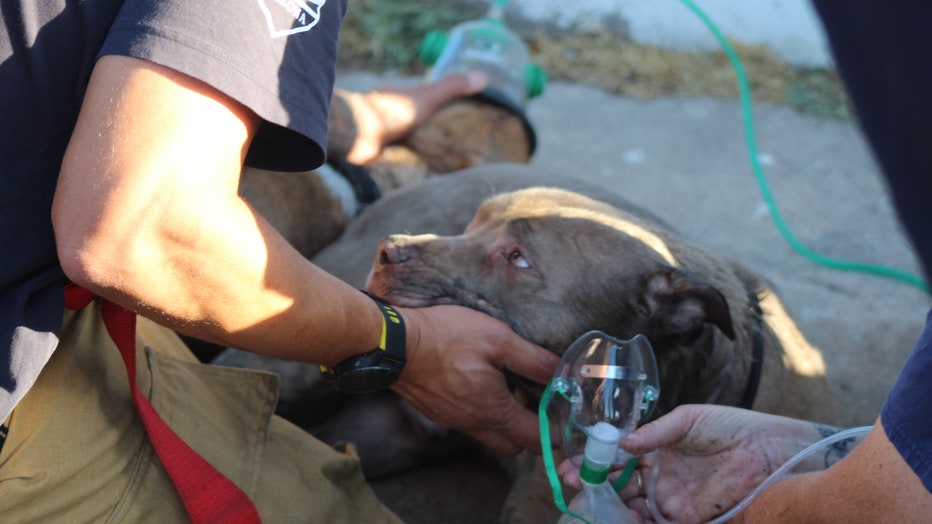