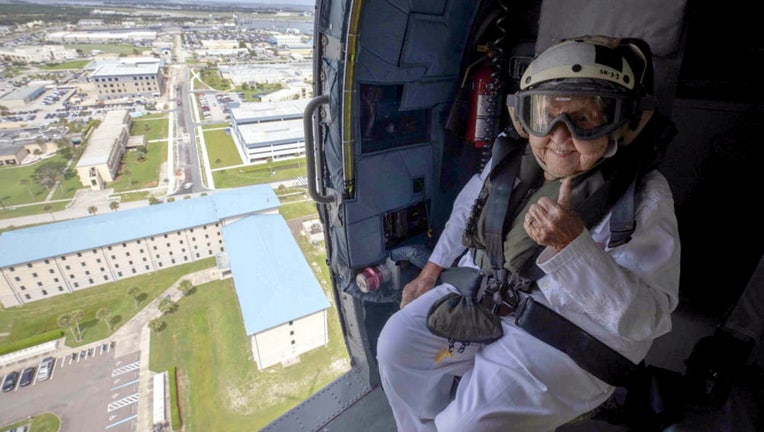 JACKSONVILLE, Fla. - A Navy widow, who also enlisted as a volunteer during World War II, celebrated her 100th birthday at a Florida Naval station.

The Pearl Harbor survivor was the highest-ranking enlisted man in the Navy and served as the first enlisted representative to the Chief of Naval Operations. He and Ima were married for 50 years prior to his death in 2000. 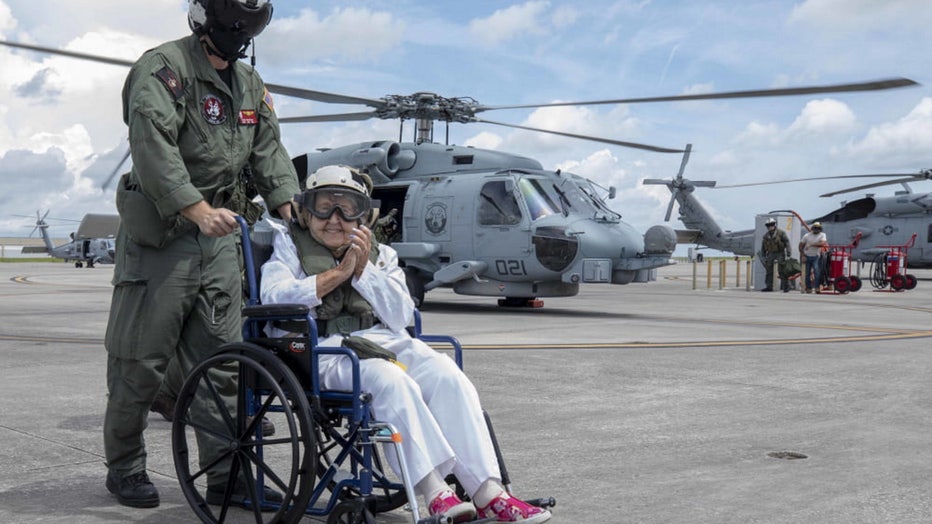 For her 100th birthday celebration, Naval Station Mayport welcomed Ima aboard her late husband's namesake ship, the USS Delbert D. Black. That's where they learned that it was her birthday wish to fly in a helicopter. 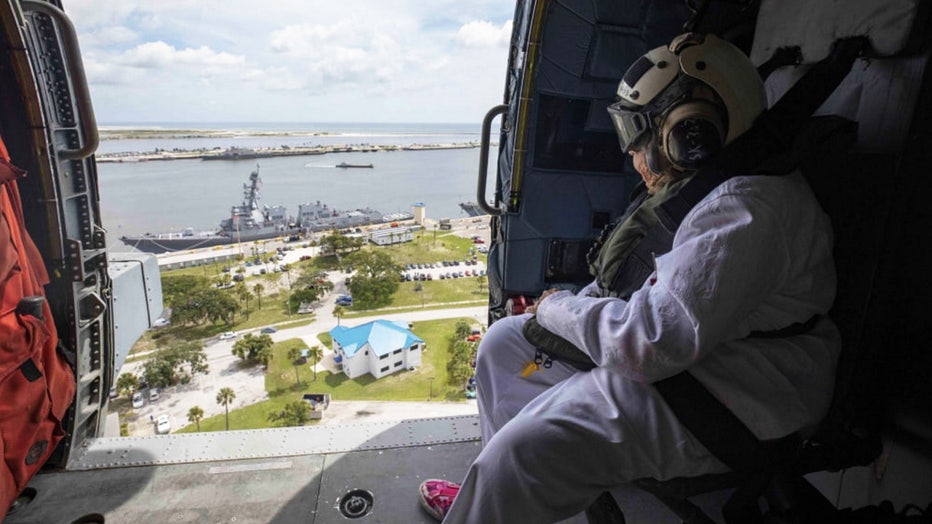 Crewmembers worked to make her dream a reality, flying Ima around her husband's ship as the crew hailed her from topside.

"She wasn't ready to call it a day and asked if she could see downtown Jacksonville. Commodore and CO obliged, of course," they wrote.

They named her an honorary Master Chief Petty Officer, the same title her husband held, and said she is the sponsor of her husband's namesake ship. 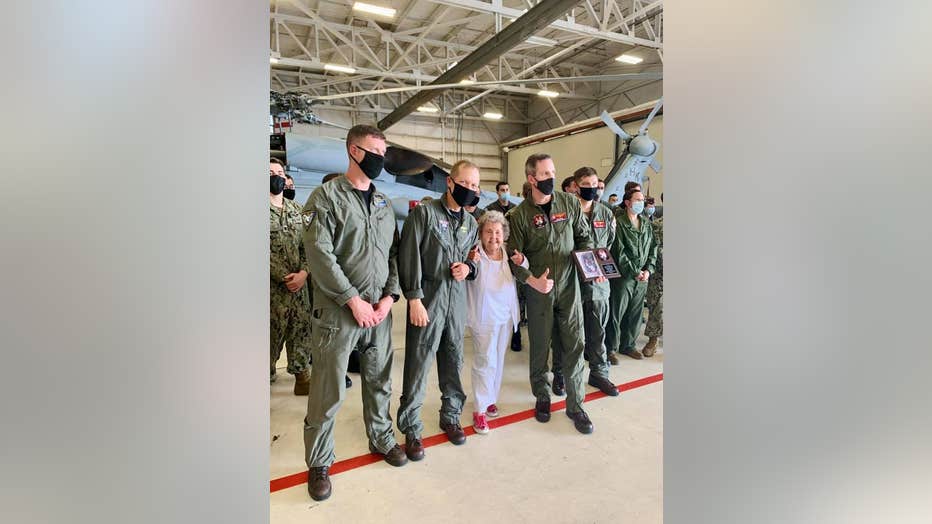