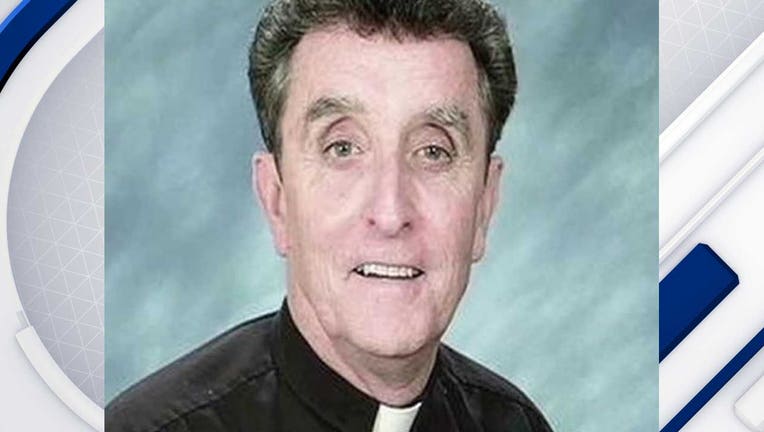 PHOENIX - A former Arizona priest who was indicted on sexual assault charges earlier this year has died.

John "Jack" Spaulding died on February 25, according to a statement from the Diocese of Phoenix.

"We understand how difficult and painful this is for his family, the community of believers, and in a particular way for the individuals who came forward with allegations and their families. Seeking truth and justice was a shared desire. His death prevents this process here on earth and brings sadness, anger and hurt on many levels.

Spaulding was an ordained priest of the Diocese of Phoenix who was removed from priestly ministry in 2011 because of credible allegations of sexual misconduct with minors. He was found guilty by a special tribunal convened by the Congregation of the Doctrine of the Faith (CDF) in 2014. As part of the trial it was recommended to the Holy See that he be dismissed from the clerical state, he appealed the case and it remained pending at the time of his death. In January 2020, Spaulding was indicted for multiple counts of sexual misconduct with minors.

Our Christian faith calls us to look to the one who is the source of truth, justice and mercy – Jesus Christ. We remain focused on Our Savior’s pledge to bring justice and mercy, healing and light, charity and ultimately peace."

Spaulding was charged by a Maricopa County Grand Jury in January with six felony counts of sexual misconduct with a minor and a felony count of molestation of a child.

Spaulding Filed Lawsuit Prior to His Death

The death of an ex-Catholic priest accused of sexual assault brings mixed feelings, especially following reports that he filed defamation lawsuits prior to his death. FOX 10's Matt Galka reports.

For victim advocate Mary O'Day, Spaulding's death did not come as a surprise. O'Day says, however, that what Spaulding and his attorney did prior to his passing was appalling to her and the alleged victims she is working with.

"I was expecting the death to be coming, I had heard that he was at the end. That wasn't shocking, what was shocking was the lawsuit his attorney filed on his behalf," said O'Day, who works with survivors through the Survivors Network of those Abuse by Priests (SNAP).

On his deathbed, Spaulding reportedly filed a defamation lawsuit against an accuser, the accuser's family, the Diocese of Phoenix, and a bishop.

"Obviously, Jack Spaulding will never hurt another child, and that could have been that, but having a lawsuit filed against them doesn't let them do that," said O'Day. "It's like stomping on broken people. It's like one last kick, while they're down, before he dies."

The Maricopa Attorney's Office says they will file a motion to dismiss the charges following Spaulding's death. However, it also means conflicted feelings for those who say the former priest ruined their lives.

"Of course everybody is upset," said O'Day. "He was laicized [lost clerical state] in 2011, which means that long ago, they knew what he was doing. Why it took 10 years to get it to court, that's what has so many people upset."