The alleged victims were under the age of 15. FOX 10's Anita Roman reports.

PHOENIX - Officials with the Maricopa County Attorney's Office say a 74-year-old Catholic priest is being charged with sexual misconduct-related charges.

According to a statement released Thursday, 74-year-old John "Jack" Dallas Spaulding was charged by a Maricopa County Grand Jury with six felony counts of sexual misconduct with a minor and a felony count of molestation of a child.

The alleged crimes, according to the statement, happened between 2003 and 2007, and Spaulding is accused of sexually abusing two boys who were under the age of 15 at the time. 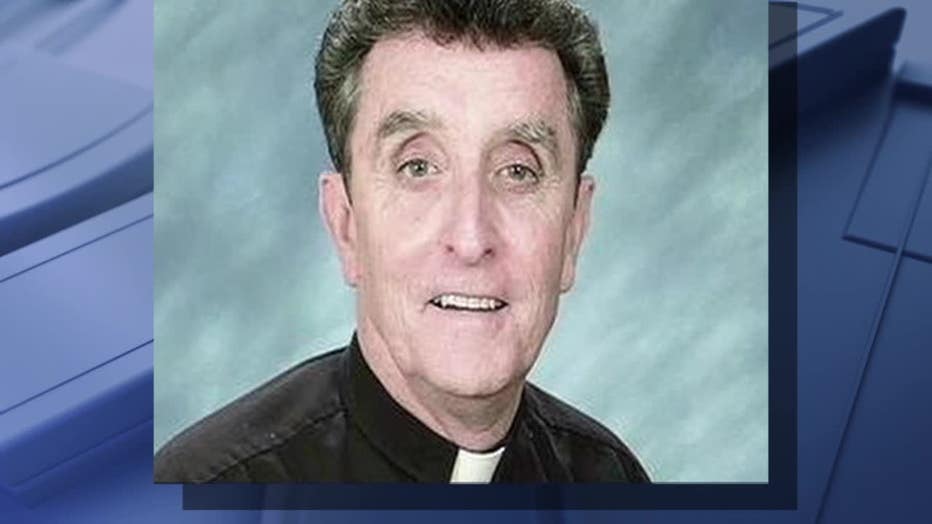 According to a statement released by officials with Roman Catholic Diocese of Phoenix in January 2014, Spaulding was found guilty by a panel convened at the direction of Vatican officials of "sins against the Sixth Commandment with a minor", and was recommended for dismissal from the clerical state, in a process otherwise known as "laicization".

In a statement released Thursday, Diocese officials say the penalty would only become effective when the case is finalized. Spaulding appealed the case, and it is still pending with the Congregation for the Doctrine of the faith. 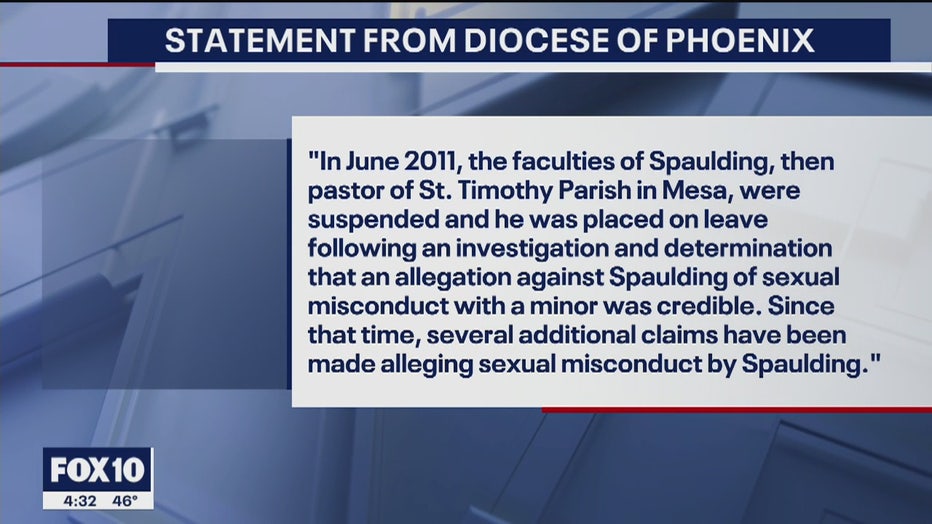 Prior to the decision to laicize Spaulding, Diocese officials announced in 2011 that Spaulding, then a pastor in Mesa, was placed on administrative leave after sexual misconduct allegations against Spaulding was found to be credible, following an investigation.

Officials with the Maricopa County Attorney's Office say a 74-year-old Catholic priest is being charged with sexual misconduct-related charges.