Former Maricopa County Sheriff Joe Arpaio is looking to be the sheriff again.

The man self-described as "America's Toughest Sheriff" is looking to win a 7th term in 2020. In his announcement, he says he plans on re-opening Tent City jail and return the Posse Program to its "former strength."

He was the sheriff for 24 years, from 1993 until losing to Paul Penzone in 2016. Arpaio finished in 3rd for the Republic nomination for senate to Martha McSally last year. 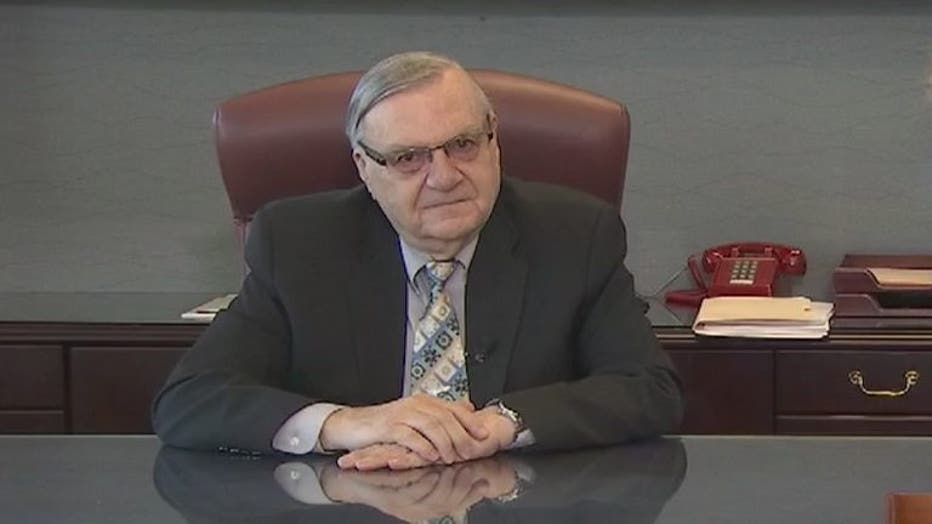 "On this day, August 25, 2019, after consultation and approval from my wife of 61 years, Ava, I have decided to run and to be re-elected Sheriff," Arpaio said in a press release. "Watch out world! We are back!"

Arpaio said the date of the announcement is important to him because he's celebrating Ava's birthday on Aug. 25 and also because it's the day that President Donald Trump pardoned him on a misdemeanor contempt charge filed by President Obama's administration.

Arpaio will be 88-years-old on election day next November.