Carter released from the hospital

ATLANTA - Former President Jimmy Carter has been released from an Atlanta hospital after successful brain surgery and recovery.

Carter was admitted to the Emory University Hospital on the evening of Monday, Nov. 11. According to a spokesperson with the Carter Center, the former president underwent a procedure to relieve pressure on his brain from a subdural hematoma, which was caused by his recent falls.

The spokesperson told FOX 5 there were no complications and that he is heading home to Plains, Georgia to enjoy Thanksgiving and continue to recover.

"The Carters are grateful for all the prayers, cards, and notes they have received and hope everyone will join them in enjoying a special Thanksgiving," the spokesperson said in a statement. 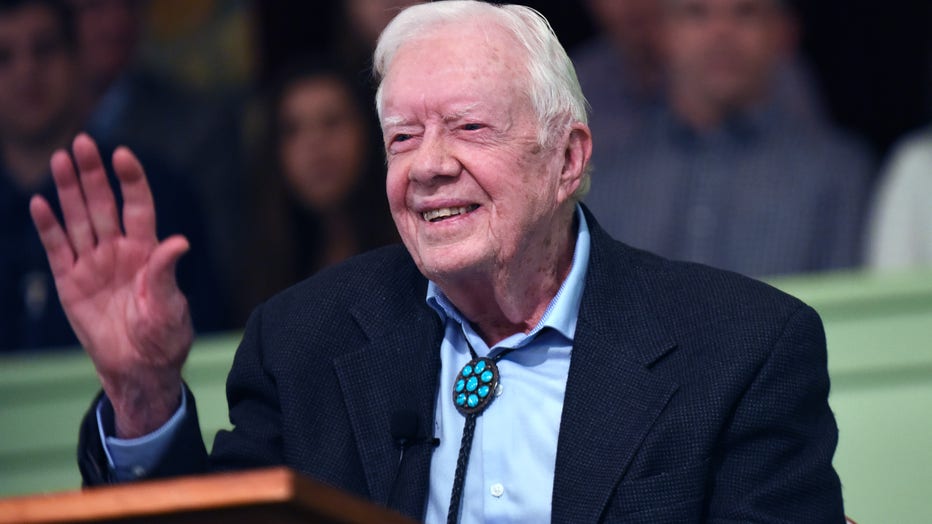 Former U.S. President Jimmy Carter waves to the congregation after teaching Sunday school at Maranatha Baptist Church in his hometown of Plains, Georgia.