They echoed what they call a critical need for a border wall and demanded stronger action from the current White House administration while drumming up political support from their conservative base.

Governor Abbott's new push has been criticized as political theater, but he defended the plan saying the number of border crossings remains high.

Both Abbott and Trump blame the Biden Administration.

Gov. Abbott and Trump’s joint appearance in the Rio Grande Valley followed the governor’s announcement that he will use state funding and crowdsourced financing to finish the border wall. 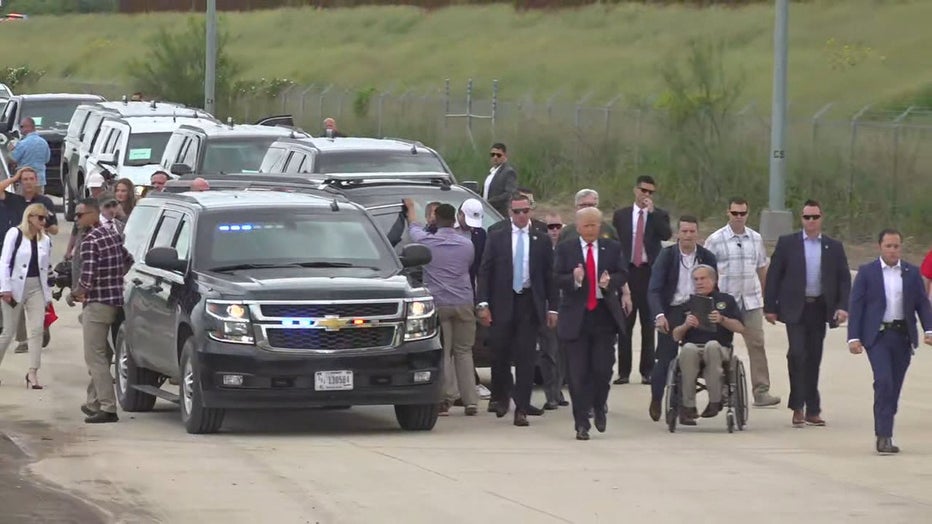 "Mr. President, things have changed so quickly and dramatically under the Biden Administration," Abbott said.

The timeline and cost for the push are unclear. Abbott's plan also faces potential court challenges from landowners and the federal government.

Mr. Trump touted his success at securing the southern border during his presidency.

"We had it down to a point we had never seen anything like it," he said. "We built almost 500 miles of the wall despite 2.5 years of lawsuits."

During the roundtable discussion, law enforcement officials described a surge of narcotics coming across the border, especially the powerful opioid fentanyl.

According to U.S. Customs and Border Patrol, encounters at the southern border are up almost 170% percent from this time last year. That includes single adults, unaccompanied children and families.

In the Rio Grande sector where Wednesday’s today’s tour was held, they are up 300% on average.

Earlier this month, Gov. Abbott announced the state will use tax dollars to make a $250 million down payment on wall production.

Gov. Abbott pulled out all the stops for Former President Trump during a visit during the southern border.

This week, Texas House Speaker Dade Phelan issued a charge to nearly a dozen House committees. He wants them to look into jail population in border cities and counties, monitor state agencies working at the border and assess if they need more resources, and review how unaccompanied minors are being treated.

Phelan also wants the House appropriations committee to decide whether it can use federal COVID relief money to fund border security projects. That includes the wall.

"The chances of using some COVID relief funds for border security and for the border wall are quite good," said SMU Police Scientist Cal Jillson. "The governor and the speaker are asking how much can we use and that is yet unclear."

South Dakota's governor is being scrutinized for using money from a private political donor to send 50 members of the National Guard to Texas.

"I think the answer will turn out to be yes you can do that, but it’s a bad idea because you are jumbling lines of civilian control of the military, and you are making the military look as if they are adjuncts to the partisan politics," Jillson said.

In a press conference about the Texas power grid, Texas Democrats said Gov. Abbott is only using the border crisis to score political points ahead of re-election.

"They're trying to see how many miles they can get out of this con. And it's worse than just conning us," said Mike Collier, a Democrat who plans to run lieutenant governor. "They aren't addressing the issue. There are people that live in south Texas and they want to live in safety. And we have to address that issue."

SMU Political Scientist Matthew Wilson says it's interesting that Gov. Abbott invited the former president to tour the border given that Trump does not have any current power over border policy. But Trump has hinted he may run again in 2024.

"Among Republicans that support has remained strong," Wilson said.

There's also talk about Abbott making a run for president.

"If he does have thoughts in that direction, then establishing his bonafides on immigration, particularly alongside President Trump could be valuable," Wilson said. "President Trump is still absolutely a kingmaker in the Republican Party."

Still, Wilson says border security is considered a top issue by many Texas, especially for those living close to the southern border, political affiliation aside.

Gov. Abbott is up for re-election next year and will likely face a primary challenge by Republicans seen as more conservative.

"It's a pretty high priority item, which is why you've seen some Democrats who represent those border regions really pleading with the Biden Administration to take this more seriously," Wilson said.

Governor Abbott faces a primary challenge f former State Senator Don Huffines who is trying to position himself as a more conservative Republican.

The mayor of McAllen said he’s seeing about a thousand people trying to cross through his town every day. 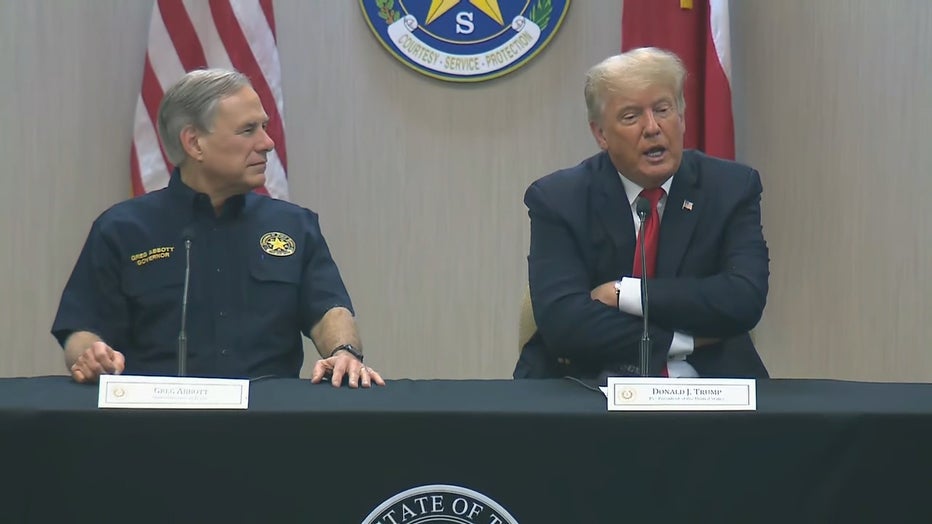