Another fundraiser will be held Oct. 24 at Watson and Yuma roads.

PHOENIX - Phoenix Police say a suspect has been arrested after a shooting in Downtown Phoenix left one man dead.

According to officials, the shooting happened at a home near 9th Street and Roosevelt, and the victim, identified as 30-year-old Esau Aguilar, also known as Ace, was taken to the hospital where he later died.

Investigators say 33-year-old Brandon Franks and the homeowner were involved in an ongoing dispute over a financial agreement and Franks threatened the homeowner with a gun. 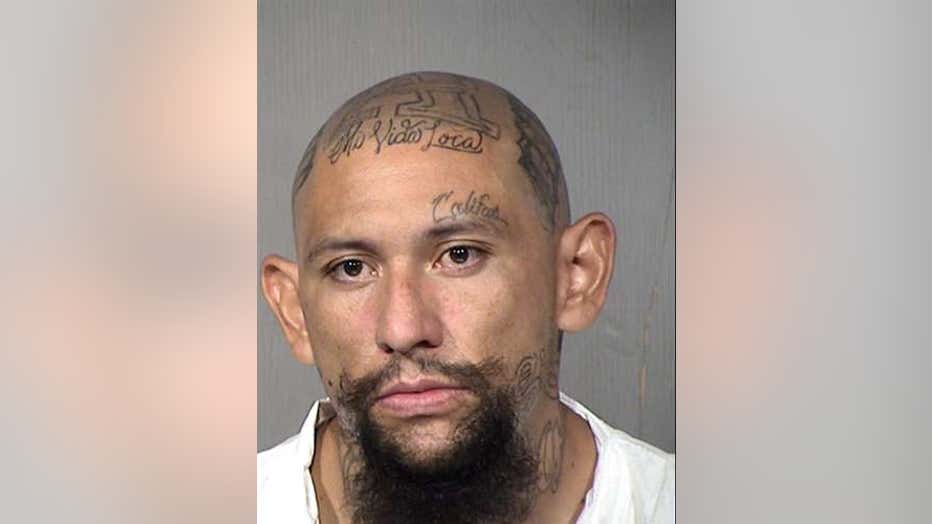 Aguilar walked into the home and for unknown reasons, police say Franks shot him.

Franks and a woman ran from the home and hid inside an apartment building near 5th Street and Portland before surrendering to police.

"It’s a one-story apartment complex. It has nothing to do with [Arizona State University] that I’m aware of," said Phoenix Police Sergeant Tommy Thompson. "They set up a perimeter, we’re able to take the man and woman. They were able to negotiate them to, talk them to coming outside of the apartment they had entered. I don’t know their relationship to the apartment, if any, but our SWAT team was on scene, and they were able to give commands. Those people came out, were taken into custody, and we believe they are the same suspects involved in this shooting."

Franks was arrested and booked into jail. He is accused of second-degree murder. The woman was not charged.

On Oct. 18, a fundraiser car wash was held in memory of Aguilar.

His family says they're distraught and hurting from this sudden loss.

"Were just trying to help my aunt. It's a very difficult time right now," said Rosie Pratt, Aguilar's cousin, adding, "He was outgoing, he was funny, he always liked to make everyone laugh. He didn't like when anyone was sad, like he just liked to bring up everyone's spirit. He was young at heart."

Another car wash will be held on Oct. 24 at Watson and Yuma roads. They're also accepting donations for a yard sale fundraiser.