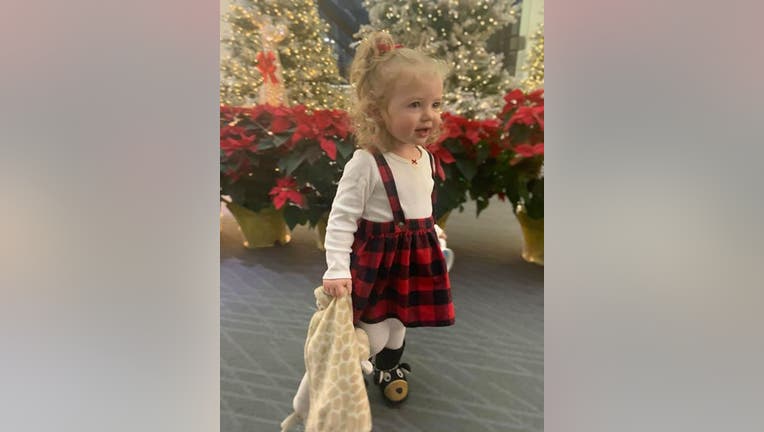 PHOENIX - On Thursday, FOX 10 reported on a Colorado woman's search for a giraffe doll that was left behind at Phoenix Sky Harbor Airport by her young daughter. FOX 10 has learned that the doll has been found.

According to Andrea Conder, she was traveling home from Phoenix at around 3:30 p.m. on New Year's Eve when her daughter lost the doll, named "Giraffie" at Terminal 4.

Conder said her daughter started to cry when she boarded the plane, after realizing she became separated with the animal doll. Conder also said she tried to give her daughter a replacement giraffe lovee doll, but she rejected all of them, including an identical one, before crying herself to sleep.

On Friday, Conder told FOX 10 that a TSA worker has contacted her, saying that a TSA supervisor saw FOX 10's story on the missing doll, and and personally went to Terminal 4's A gates, and asked store to store until Giraffie has been found.

"I'm just really in awe over someone doing such kindness for a total stranger," Conder wrote. "It was what I was hoping for, but really didn't believe it would happen."