Adam Delk is accused of following a man home and shooting him near 63rd Avenue and Peoria last week.

GLENDALE, Ariz. - Officials with the Glendale Police Department say a person suffered non-life-threatening injuries following a road rage situation that ended with a shooting on Oct. 20.

About a week later, the alleged shooter, 40-year-old Adam Scott Delk, was arrested on suspicion of aggravated assault and unlawful discharge of a firearm.

According to officials, the shooting happened in a residential neighborhood southeast of 67th and Peoria Avenues.

"The victim did not know why Delk followed him home but believed it could have involved an incident that occurred on the roadway. The victim and his adult son approached Delk, who was parked across the street from their residence. Delk fired at the victim and then drove away," police said.

The gun that was used in the reported crime was found at a pawn shop days after the shooting.

This is the second road rage shooting on Oct. 20 in the West Valley. At around 7 a.m., Peoria Police officers were called out to an incident near 91st Avenue and Happy Valley Road, and when they arrived at the scene, they found a driver who was shot in the leg. That person also suffered non-life-threatening injuries. A suspect has been detained in that incident. 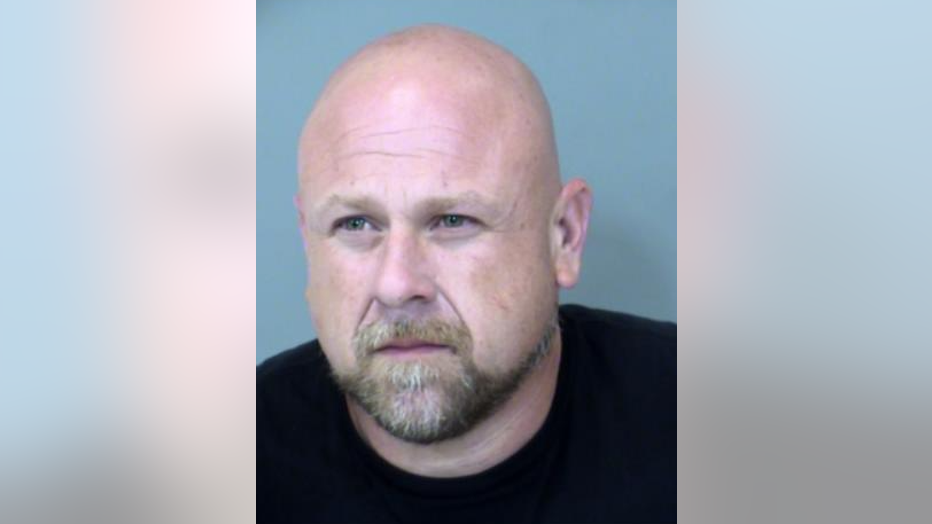 Related: PD: No arrests made in suspected road-rage shooting in Peoria