WASHINGTON - Republican senators outlined a $928 billion infrastructure proposal Thursday that would tap unused coronavirus aid, a counteroffer to President Joe Biden's more sweeping plan as the two sides struggle to negotiate a bipartisan compromise and remain far apart on how to pay for the massive spending.

The Republican offer would increase spending by $91 billion on roads and bridges, $48 billion on water resources and $25 billion on airports, according to a one-page summary released by the GOP negotiators. It also would provide for one-time increases in broadband investments, at $65 billion, and $22 billion on rail. 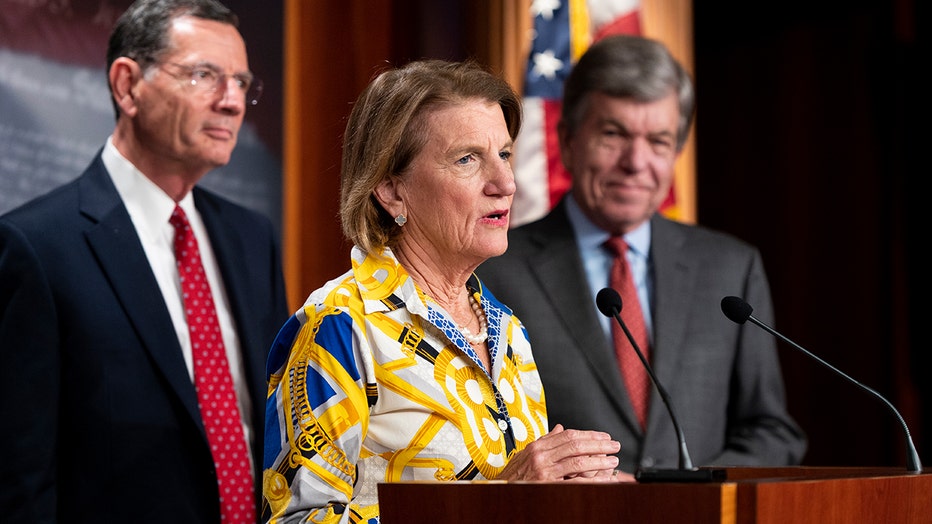 "It's a serious effort to try to reach a bipartisan agreement," said Sen. Shelley Moore Capito of West Virginia, the lead GOP negotiator.

The Republican senators said their offer delivers on "core infrastructure investments" that Biden has focused on as areas of potential bipartisan agreement. But their overall approach, up from an initial $568 billion bid, received a cool response by Democrats and the White House.

With about $250 billion in new spending, the GOP plan falls short of the more ambitious proposal outlined in the president’s American Jobs Plan. In earlier negotiations. Biden reduced his $2.3 trillion opening bid to $1.7 trillion.

Biden, in an economic address later Thursday in Cleveland, planned to present "head-on" the choice before Congress and the country, according to a White House official, and will frame the argument as whether Americans want to keep giving breaks to corporations or invest in modernizing infrastructure. The official was not authorized to publicly discuss Biden's remarks before the president's speech and spoke on condition of anonymity.

Investing in infrastructure is a top legislative priority for Biden. Talks are at a crossroads before a Memorial Day deadline to make progress toward a bipartisan deal. The White House is assessing whether the president can strike the contours of an agreement with Republicans or whether he will try to go it alone with Democrats if no progress is made in the coming days.

Under Biden's initial proposal, there is more than $300 billion for substantial upgrades to public schools, Veterans Administration hospitals and affordable housing, along with $25 billion for new and renovated child care centers.

Biden’s proposal would spend heavily on efforts to confront climate change, with $174 billion to spur the electric vehicle market, in part by developing charging stations, and $50 billion so communities can better deal with floods, hurricanes, wildfires and other natural disasters.

One area of agreement is on boosting broadband, but the sides are apart on details. Republicans raised their initial offer to $65 billion in an earlier exchange; Biden is seeking $100 billion.

Sen. John Barrasso, R-Wyo., said the Republicans' proposal reflects what "what people at home in Wyoming think of is infrastructure, roads with potholes."

The White House, still expressing public hopes for bipartisanship, welcomed the GOP offer. But it was greeted with some initial coolness inside the West Wing.

Aides have for days signaled that using COVID-19 relief money was a nonstarter, noting that much of that money has been allocated and suggesting that the rest should be held in reserve for future virus-related costs.

There was also skepticism about how the Republicans claimed Biden has signaled agreement to a $1.2 trillion deal in a recent meeting — a claim the White House disputed.

Sen. Pat Toomey, R-Pa., said there is $700 billion in unspent COVID-19 aid from the American Rescue Plan, which was the administration's $1.9 trillion response to the coronavirus crisis earlier this year.

Toomey said some of that money could fill the gap between the amount of revenue normally collected from transportation taxes and fees, and the new spending the GOP senators are proposing.

But he said the Republican negotiators have made it "very, very clear on every single time we’ve had a discussion is that we’re not raising taxes."