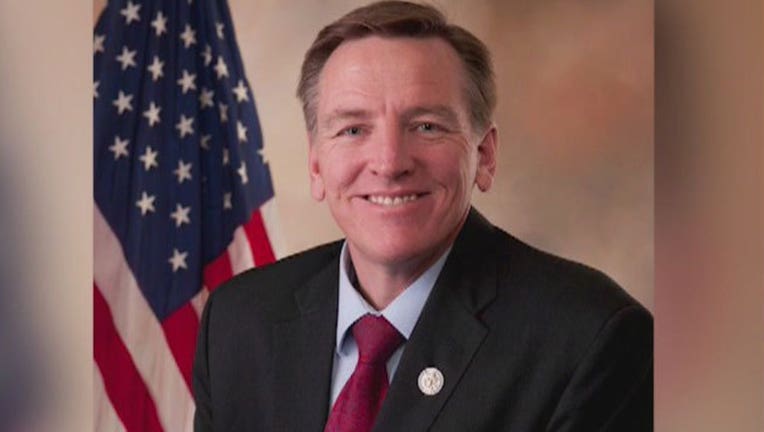 Rep. Paul Gosar, R-Ariz., is co-hosting a fundraiser on Friday with a purported Holocaust denier, according to an advertisement for the event.

Gosar will be joined by controversial America First Foundation founder Nick Fuentes on July 2 for a fundraiser event, according to the advertisement, which was posted online on Tuesday.

Fuentes is a controversial figure who has been accused of being a Holocaust denier and has received considerable backlash from conservatives and liberals alike for his rhetoric both online and offline.

Additionally, Fuentes is the founder of the far-right Groyper Army — which was deemed a White supremacist group by the Anti-Defamation League (ADL) — and has been banned on YouTube and other social media platforms.

A livestream clip of Fuentes appearing to downplay or deny the extent of the Holocaust has circulated online.

The clip shows Fuentes answering a viewer question comparing the systematic murder of 6 million Jewish people in the Holocaust to baking cookies, while saying that 6 million "batches of cookies" could not have been "baked" in five years.

"The math doesn’t quite seem to add up there, I don’t think you’d result in 6 million," Fuentes continued.

The podcast host added he didn’t "buy" the "6 million cookies" number before claiming he is an "irony bro" and the tirade was "all irony." Fuentes later claimed the "cookies" comments were a "lampoon" to The Washington Post.

Fuentes also defended his cookie comments as a "funny joke" in a November video and refused to "disavow" his words.

The podcast host also tweeted in October of last year that his "favorite comedy routine" is when he is grilled about his belief on "whether or not" 6 million Jews died in the Holocaust and if he felt remorse about it "and then get red in the face and scream at me that I should be ashamed for being a mean person."

Fuentes frequently claims to be engaging in irony or comedy in his messaging as a way to shield himself from criticism, but has admitted in a video that irony is "so important" in his communications as it gives "a lot of cover and plausible deniability for [his] views."

"A lot of these content creators will tell the audience explicitly, 'When people say you're racist for liking this or thinking this, just laugh at them. They can't handle it — they're sensitive babies,'" Jared Holt, a resident fellow with the Atlantic Council's Digital Forensic Research Lab, told NPR in April.

The advertisement does not provide information on the where and when the event will take place but does say more information will be released on July 1.

This is not the first event in which Gosar and Fuentes will appear together. The congressman spoke at an event put on by the America First PAC which also featured Fuentes as a speaker.

Neither Gosar's campaign nor Fuentes responded to Fox News’ request for comment. Gosar appeared to address the controversy in a tweet Monday night.

"Not sure why anyone is freaking out. I’ll say this:  there are millions of Gen Z, Y and X conservatives. They believe in America First.  They will not agree 100% on every issue.  No group does. We will not let the left dictate our strategy, alliances and efforts. Ignore the left," the congressman tweeted.